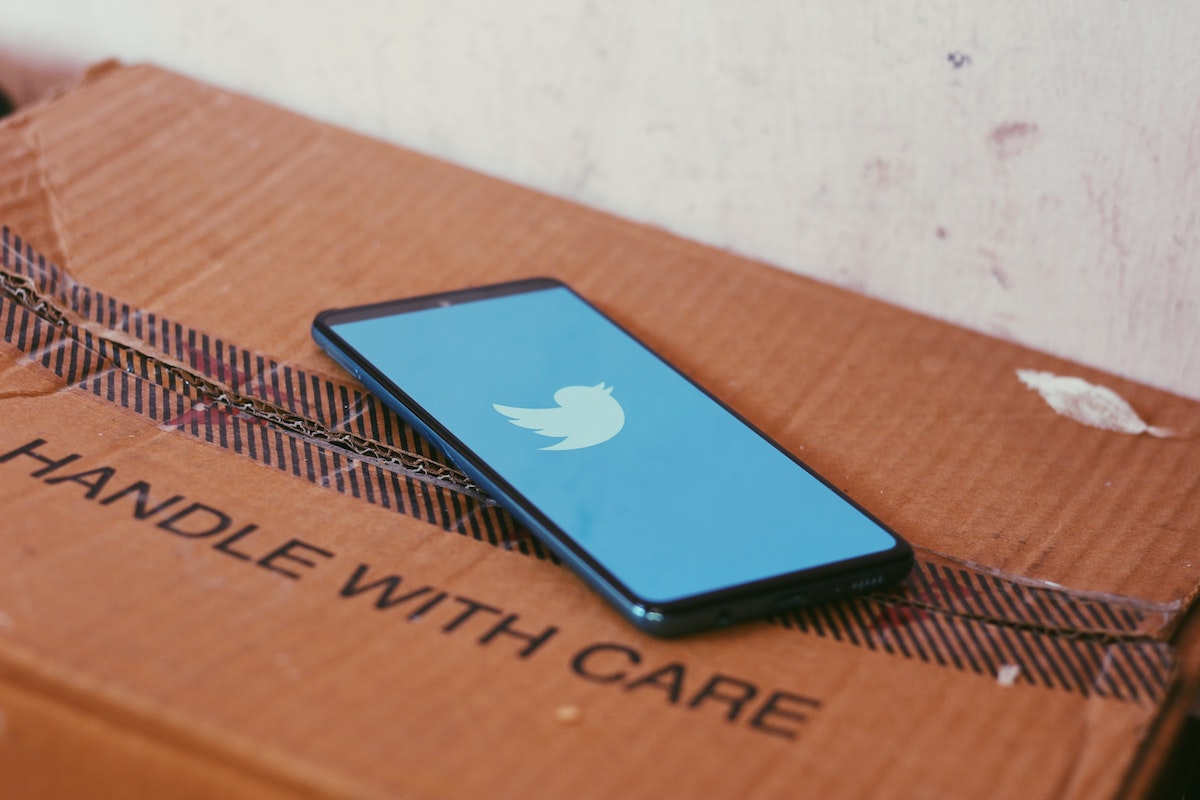 Donald Trump has been permanently suspended from Twitter. And Facebook, Reddit, Twitch, Shopify, Snap, Stripe, Discord, and—most crushingly of all—Pinterest. This was swiftly followed by a swathe of account purges across various platforms, ostensibly on the grounds that terms of service had been violated. Bizarrely, conservatives reacted to this development by lamenting the lack of arbitrary government intervention in private enterprise, while their liberal opponents celebrated corporate squashing of individual expression. If you don’t like it, build your own app.

Arguably more important, if less sensational, has been the coordinated nuking of the efforts of those Trump fans who did, in fact, build their own app. Google and Apple banned conservative social media aspirant Parler from their app stores, effectively throttling its only viable distribution channels. Amazon then went a step further and revoked Parler’s right to host its site on its web service, AWS. For good measure, authentication service Okta and internet-to-telecoms interface platform Twilio withdrew their infrastructure too. If you don’t like it, build your own internet.

The fallout has been intense and has gripped the professional commentariat. The most interesting point of discussion has concerned whether the First Amendment understanding of free speech is really meaningful or relevant if what we consider “the commons” is privately owned. What are the consequences? As Mike Solana solemnly put it in a post entitled “Insurrection as a Service”:

The loosely-framed charge against both Trump and Parler was incitement of violence and insurrection. There were no trials. There was no evidence presented for any crime formally argued. This is law in the age of corporate oligarchy. It is purposefully ambiguous, it is uncompromising, and when you run afoul of the powers that be, there is no recourse. Not even for the “most powerful man in the world.”

The Quillette editors published their analysis too, acknowledging the issues outlined above and proposing antitrust law as the most viable solution. While their editorial acknowledges that no analogy is perfect, they cite US telecoms regulation as a helpful comparison given the natural network effects of the telephone system, and the similar sense in which phone numbers can be thought of as tokens of identity. In particular, they propose something analogous to mobile number portability be mandated in social media:

A user who voluntarily moves from one social-media service to another should not have to give up an entire lifetime of bilateral relationships. Nor should an anonymous employee of a tech company be able to destroy those relationships—whether on the basis of claimed hate speech or otherwise—without providing the expelled user with a means to export the assets embedded in the deleted account to some other platform.

While this is certainly amongst the more reasonable and measured responses to the events of the past week or so, I can’t help but feel that the focus of the argument is fundamentally misplaced, for two reasons: the idea that the best way forward can lie with regulation, and that it should.

Those who clamour for the US federal government to have the power to “make the Internet fair,” or some such stylization, would do well to familiarize themselves with Operation Choke Point. This was a Department of Justice initiative that ran from 2013 to 2015 and which involved pressuring banks and payment processors with threats of costly compliance measures. These sanctions were extra-legal punishment for facilitating the financing of legal but ideologically disfavoured businesses such as payday lenders, firearms and ammunition dealers, escort services, and more. Of course, there is no recourse, legal or even practical, to being cut off from banking. If banks won’t serve you, you cannot access modern payment rails, and so you cannot run a business at all. If you don’t like it, build your own money.

Writing for American Banker in 2018, Dennis Shaul summarised the situation like this: “Government officials illegally targeted lawful businesses in an ideological crusade based on personal disdain.” He went on to argue that, “A dangerous precedent has been set here. If government regulators under one administration can target businesses they personally disfavor, any subsequent administration can do the same.” Shaul clearly demonstrates that the US federal government is not at all above wielding its regulatory power to achieve nakedly ideological ends. Hoping to eliminate the possibility of ideologically motivated “deplatforming” by granting the Department of Justice discretion to tell technology companies what they can and cannot do is naivety incarnate.

It also reveals a rather odd belief about where, precisely, the power lies in this relationship—that Twitter, Facebook, and the like have amassed enormous power, are throwing it about wantonly, spiralling out of control, and must be constrained by the wise and impartial. A simpler thesis would be that the reason so much of “Big Tech” spontaneously coordinated as it did was a political calculus aimed at avoiding onerous regulation by currying favour with the incoming administration. Journalist Michael Tracey summarised the essential misdiagnosis of power like this: “The new corporate authoritarian liberal-left monoculture is going to be absolutely ruthless. And in 12 days it is merging with the state. This [is] only the beginning. The real ‘threat’ at this point is crazed oligarchs + politicians using the ‘crisis’ to consolidate power.”

But in trying to properly characterise this power, and decide where we believe it should reside, we must be mindful of which alternatives are realistic. Should Twitter, Facebook, et al remain unencumbered? Surely a regulator in a democratic state, ultimately accountable to the electorate, however flawed its mode of operation, is still better in principle than for-profit corporations regulating their regulation of everybody else while accountable only to their boards and shareholders?

But I think this framing misidentifies the real importance of what has just happened. It has always been the case that the tech platforms could do this. This power has always existed and it has been largely irrelevant what anybody believes they should or should not do. They generally escaped the concern and attention they deserved by maintaining the pretence that there were lines they would not cross, while debates about where those lines should be drawn dominated the commentary as if they might exert some influence on this most delicate matter. For a long time, it has been plausibly deniable that Big Tech could do this, but no longer. Now, the cards are on the table. We should be grateful.

Any individual or business who suspects they might openly run afoul of the ever-changing ideological whims of Silicon Valley, and, by extension, the US federal government, can no longer ignore this patent liability. Quillette is likely one such case. It relies on Google Display Network, PayPal, and Patreon for monetization, and yet it remains a bastion of heterodox thought. On exactly this topic, a little over two years ago, I wrote:

Defying its foundational architecture, the Internet is no longer decentralized. A cartel of politically aligned capitalists controls access not just to cyberspace in the abstract, but, arguably, the very means of online business functionality.

I was making this argument at the time when only a handful of individuals were immune to this wrath, such as the YouTube star PewDiePie. To whatever extent this is or ever was true, this set does not include the President of the United States, and it certainly does not include you.

I do not think it is an exaggeration to predict that the rapid and widespread realisation of this new state of affairs will go down as the single greatest catalyst yet for the development of decentralisation technology—open protocols that can be implemented locally but not controlled globally. The embrace of this ethos provides a welcome relief from the irresolvable debate around what Twitter should or should not do in a given situation. We can stop worrying and arguing about how, precisely, power is being misused. The problem is not the misuse of this power, but that it exists at all. Interestingly, Twitter CEO Jack Dorsey appears to agree, tweeting the following on Thursday as part of a longer thread explaining the context of the decision to ban Trump:

The reason I have so much passion for #Bitcoin is largely because of the model it demonstrates: a foundational internet technology that is not controlled or influenced by any single individual or entity. This is what the internet wants to be, and over time, more of it will be.

That Dorsey, in his position, would say such a thing seems fatal to the idea that Twitter, Facebook, et al are throwing around their own power for the sheer thrill of it, rather than because they are scared that they will be crushed by the actually powerful if they don’t toe the line—wherever that line is as of five minutes ago. Solana notes that, “For years, Zuckerberg has begged Congress to craft a set of rules for him to follow concerning online speech. Among tech executives, he is not alone in his discomfort with shouldering responsibilities that seem to border on governance.”

Indeed, Dorsey followed the above tweet by saying, “We are trying to do our part by funding an initiative around an open decentralized standard for social media.” That Twitter is a for-profit corporation throws up a certain irony here, given that what makes the most business sense from this point on is to be as provably neutral as possible—which is to say, as provably powerless as possible.

We might call the solution of the Quillette editors the Uncle Ben approach: that with great power comes great responsibility, and that if this power exists, it should be dealt with as responsibly as possible. My proposed solution, on the other hand, is that of Elrond: nobody can wield this power, and those most confident they would use it for good are precisely those who must not be allowed to have it. While I’m sure Claire Lehmann would make a decent Galadriel and would not succumb to the temptation to abuse this power, there are far too many Boromirs for the possibility to be an acceptable risk. The ring must be destroyed.

Allen Farrington lives in Edinburgh and has written for Areo, Merion West, and Medium. You can follow him on Twitter @allenf32.

Photo by Ravi Sharma on Unsplash