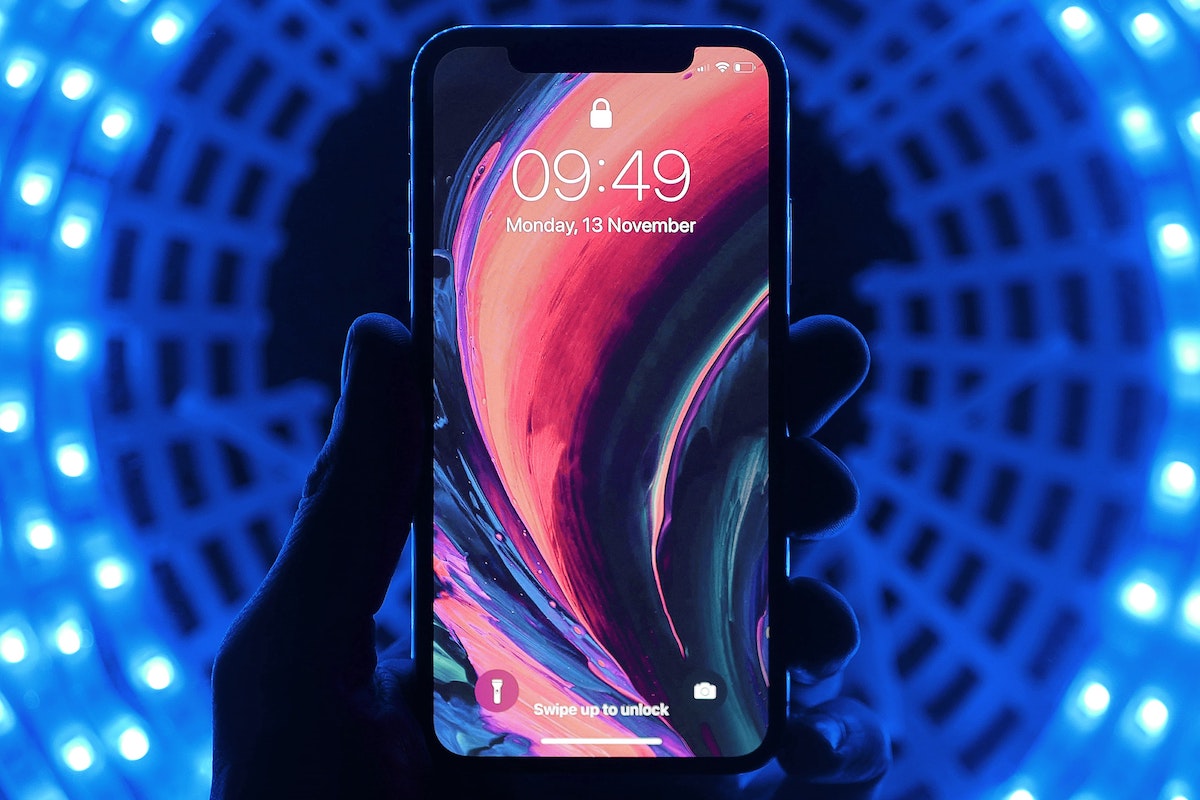 Around the globe, governments are looking for ways to tax, fine, regulate, or break up Big Tech—part of a reaction against companies like Google and Amazon that has become known as the “techlash.” This represents a huge shift in economic policy thinking, potentially the most significant in the West since the neoliberal revolution of the 1980s.

Although they may seem unrelated, there are striking parallels between this techlash and progressive activism (so-called “woke” culture) that attempts to radically alter Western social norms. On their own terms, both movements rest on similar reasoning concerning moral responsibility, fairness, and protection of the vulnerable from the powerful. In other words, even though their proponents only partly overlap (the techlash has notably gained significant traction on the Right), similar underlying forces appear to be driving both movements.

Tales of oppressors and oppressed

Both progressive activism on the Left and the techlash on the Right view the world as one in which privileged individuals or corporations unfairly oppress an unfortunate minority (the works of Hegel and Marx loom large).

Consider the following self-descriptions. An article published last year in the New York Times entitled “In Defense of ‘Woke'” defined it as a politics that seeks “to recognize and reject the damage power inflicts on the most vulnerable.” Similarly, a statement of principles by several leading critics of Big Tech, also published last year, argued that: “Concentrated private power has become a menace, a barrier to widespread prosperity, and an indefensible division of the spoils of progress and economic security.”

Contemporary progressivism takes aim at a white patriarchy and the culture said to accompany it. As a different Times columnist summarized: “Patriarchy divides just about everything into that which is male and that which is female, and privileges the former over the latter.” This is often associated with claims that white males stifle people of other racial and ethnic minorities and co-opt white women to do so: “White Women, Come Get Your People: They will defend their privilege to the death” blared the headline of another Times piece.

The zeitgeist is not so different in the tech sphere, where critics have set their sights on Silicon Valley’s most successful companies. A report from the University of Chicago’s Stigler Center concluded that: “These companies are strongly manipulating vulnerable consumers into buying products and services (or watching another cat video) they ultimately do not want.” Along similar lines, Tim Wu, a professor at Columbia Law School and prominent tech critic, surmised that: “Big Tech is ubiquitous, seems to know too much about us, and seems to have too much power over what we see, hear, do, and even feel. It has reignited debates over who really rules, when the decisions of just a few people have great influence over everyone.”

But painting the world as a struggle between victims and oppressors leaves little room for a careful discussion of costs and benefits, the unforeseen consequences of intervention, and potential government failure.

Living in a zero-sum world

Critics assume anything that hurts the powerful necessarily aids the vulnerable, be it ethnic minorities or smaller firms and consumers. Unfortunately, zero-sum thinking of this kind misses the forest for the trees. As Steven Pinker has argued, the world has never been so humanitarian; while atrocities such as rapes and racial lynchings do still occur, they have become far less common. Meanwhile, civil rights, women’s rights, and gay rights have never been more robust. The world is certainly not perfect, but progressive activists can nevertheless take heart in the fact that it has already moved a tremendous distance in their preferred direction.

The situation in the tech sector is no less encouraging. Inflation is much lower in the digital world than in the physical one (i.e., prices have increased less). The quality-adjusted price of several high-tech goods (notably smartphones and computers) has plummeted. Venture capital investment has reached record highs. Patent grants have also reached an all-time high. Finally, the price of advertising online almost halved during the last decade. In short, for all the talk of oppression, the grand scheme of things is decidedly encouraging.

While these encouraging trends are no excuse for inaction—just because we have come a long way does not mean we should no longer strive for progress—they should counsel policymakers to carefully consider the potential downsides of their actions, as well as the benefits. Unfortunately, both the progressive and techlash movements tend to paint the world as zero-sum. They assume that crude redistributive policies are the answer, with little attention to the effect they would have on progress and growth. In the tech sphere, this is epitomized by proposals to impose taxes on large tech firms in order to boost local startups and media firms. Whether such policies would actually lead to meaningful change, rather than just harm tech firms and momentarily prop up the recipients of government largesse, is an afterthought.

Antitrust cases brought against Apple and Qualcomm provide another illustration. In both instances, plaintiffs attempted (unsuccessfully in the Qualcomm litigation) to use antitrust law to redistribute wealth from large platforms to their trading partners. Here, too, critics mostly overlooked the broader effects of the policy interventions they called for. Robin Hood thinking of this kind is likewise prevalent among progressive activists. Calls for slavery reparations are gaining traction, even though it is unclear how these might remediate the ills that currently afflict African American communities—a one-off check is unlikely to solve issues such as police brutality and racial bias, at least not to the same extent that reform of “qualified immunity” would.

The progressive and techlash movements both place deontology above consequentialism. Actions and public policies are judged on the basis of their intrinsic morality, rather than their ultimate consequences. For instance, anyone who has watched the hit documentary The Social Dilemma will have heard the argument that Big Tech exploits addicted consumers by invading their privacy and feeding them targeted ads. But leading empirical research shows the exact opposite. The median consumer would ask for $17,530 per year to give up his or her search engine, $8,414 for email and $322 for social media. Yet all of these services are currently offered at no monetary cost. This is the antithesis of exploitation. So critics’ attacks seem to exist on a moral rather than consequentialist level.

Along similar lines, empirical evidence suggests that adoption of the European General Data Protection Regulation (GDPR) harmed venture capital investments and led to higher market concentration in Europe. But rather than grapple with these complex trade-offs, many proponents retort that privacy is a fundamental right that supersedes the need for cost-benefit analysis. The picture is similar in the area of antitrust enforcement. Plaintiffs in the United States have claimed that Google deployed a series of tactics to limit competition in the search engine market, notably by paying Apple to make its search engine the default on iPhones. This, purportedly, limited consumers’ choice of search engines.

But even if you take these claims at face value, questions remain. Is it so important to protect choices that consumers are all too willing to discard, such as by settling for the default search engine when competition is but a click away? And surely it must count for something that Google’s behavior is effectively subsidizing iPhone purchases. Critics ignore this complexity and fall back on the assumption that choice and “competitive market structures” are a benefit in and of themselves. This departure from the consequentialist paradigm is neatly encapsulated by prominent Big Tech critic David Dayen, who argues that, by focusing on tangible factors such as prices, current antitrust doctrine ignores people’s experiences.

Much of the same could surely be said of contemporary progressivism. For instance, slavery reparations are arguably less about improving the lives of African Americans in the material sense than they are about addressing a moral injustice. Likewise, censorship of old movies and television shows is unlikely to materially affect the content that people view. How many people actually watch reruns of Fawlty Towers or the four-hour epic Gone With the Wind? By virtue of the so-called Streisand effect, censorship might even lead more people to view “problematic” content. The logical inference is that canceling these pieces of entertainment is merely a signal of what is deemed “acceptable” viewing. Cancellation is deemed to be good in and of itself.

All of this suggests that finding mutually agreeable policies will prove extremely challenging. As things stand, opposing factions in these debates mostly talk past each other. The binary worldview of the progressive and techlash movements implies that the only acceptable solution is to take a tougher stance, whatever the collateral damage may be. Consider both movements’ ideologically driven rallying cries, such as “Smash the Patriarchy” or “Break Up Big Tech.”

In the world of tech regulation, critics would replace the so-called “consumer welfare standard,” which effectively applies cost-benefit analysis to antitrust disputes, with an approach that minimizes false acquittals. Likewise, progressive activists routinely call for stricter social norms and legal rules, such as “yes means yes.” This is completely at odds with traditional policy tools that seek to weigh the complex costs and benefits of policy interventions. Indeed, if your moral compass dictates that propping up the “vulnerable” is the only acceptable social policy, then countervailing inconveniences suffered by the “privileged” are mostly irrelevant.

So where does this leave policy discussions? The work of Thomas Sowell seems to offer a path forward. Two of his teachings are particularly salient here: First, the “cosmic justice” that techlash and progressive critics are calling for is almost certainly unattainable. We will never achieve absolute equality of outcome, just as there will always be powerful corporations. More importantly, efforts to attain this “cosmic justice” would harm, among many others, those very people that proponents seek to protect. Conveying these two points in an articulate manner will not resolve current disputes. But by framing debates in terms that progressive and techlash proponents might find palatable, it might at least pave the way for saner policy debates.

Dirk Auer is a senior fellow at the International Centre for Law and Economics, where his work focuses on the law and economics of antitrust, with an emphasis on innovation policy, digital markets, and European competition law. He is also an adjunct professor at UCLouvain and ULiège in Belgium. You can follow him on Twitter @AuerDirk.

Photo by Youssef Sarhan on Unsplash