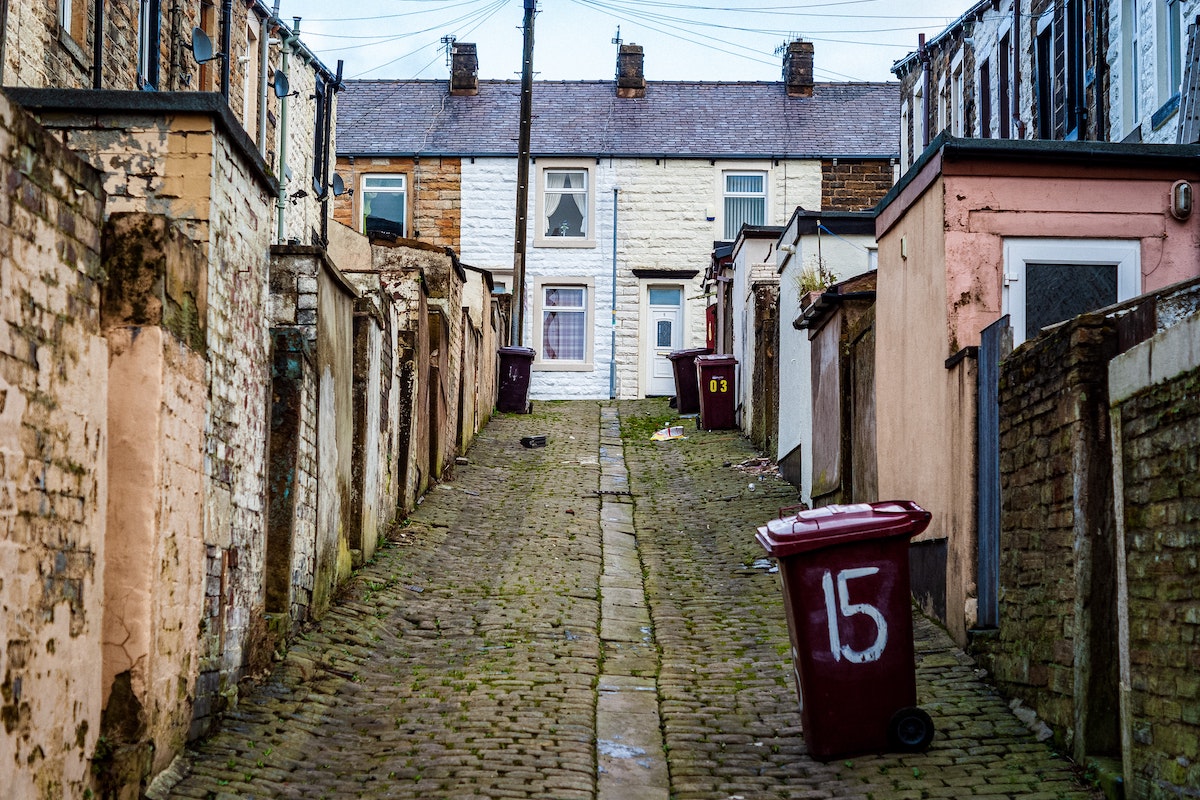 A review of Despised: Why the Modern Left Loathes the Working Class by Paul Embery. Polity, 216 pages (November 2020)

In the 2019 British general election, the Labour Party was eviscerated, losing 60 seats and handing the Conservative Party a massive 80-seat majority. The most dramatic repudiation came in the Midlands and the North, where seats that had never voted Conservative fell to the Tories. It was an electoral catastrophe, and Paul Embery’s book Despised: Why the Modern Left Loathes the Working Class is intended to provide an autopsy and an analysis of the Left’s deeper ideological and cultural errors.

Embery comes from within the left-conservative, Blue Labour tradition of Tory Socialists like John Ruskin—a left-wing form of post-liberal politics that leans left on economics and right on culture. Cultural distinction without exclusion; relationality over autonomy; community self-help over government centralisation. In clean, clear prose over 200 pages, he mourns the destruction of his party as a serious political force, and sets out what he thinks it must do if it is to be able to fight again effectively.

In the book’s opening chapter, entitled “The Gathering Storm,” Embery sifts through the rubble of 2019, a blasted landscape of shattered Labour hopes in which the working-class have been cleaved from their old tribal loyalties. Given his repeated warnings that something like this would happen, his bitterness is understandable. But his anger is matched by affection for the people and places that made him who he is. Of his old home in the London borough of Barking and Dagenham, he writes: “We were rooted. We were parochial. We were among family and friends. People looked out for each other, and there was a tangible social solidarity.”

Embery discusses the liberal takeover of the Labour Party leadership and its senior positions, from its inception during the social revolution of the 1960s through to its acceleration in the 1990s with the rise of New Labour. The Blair era reshaped the party as a metropolitan, liberal vehicle of churn and change with a new focus on individualism and autonomy over community and solidarity. As a result, waves of middle-class voters joined the party, whose values reflected those of the new leadership, swamping Labour’s traditional supporters. A 2017 survey found that 77 percent of Labour Party members fell within the ABC1 social classes. Around half of its members lived in London or the South-East, and 57 percent were graduates. Embery echoes Michael Lind’s language in The New Class War of hub cities and heartlands by arguing that Labour now catered too much to wealthy Hampstead and too little to impoverished Hartlepool.

This physical and mental separation aggravated an attitude of dismissive disregard for these working-class voters. “The party,” Embery remarks, “neither looks nor sounds very much like those it was created to represent. Many of its representatives and spokespeople—indeed, much of its membership—live wholly different lives, and have contrasting interests and priorities, to millions of working-class people living in the more disadvantaged parts of our nation.” This derision was encapsulated during the 2010 election by then-prime minister Gordon Brown’s hot mic dismissal of elderly Labour voter Gillian Duffy as “that bigoted woman” for voicing legitimate concerns about mass immigration.

Concerns like Duffy’s—not just about immigration but also about Britain’s place in the world, the erosion of solidarity and community, and the gathering assault of the politics of identity—were never adequately addressed. As Embery recounts, the popular refrain among the Labour elite was that these people had nowhere else to go. The Brexit Revolt, as Embery calls it, reflected the fact that “Millions who had witnessed their beliefs and values ignored or scorned by an arrogant liberal establishment had suddenly been handed a weapon with which to hit back.” They did so to repudiate the cosmopolitan liberalism that had become hegemonic in Labour.

In the book’s subsequent chapters—”We Need to Talk About Immigration,” “A New National Religion: Liberal Wokedom,” “The Case for the Nation State,” and “What is to be Done?” (presumably a reference to Lenin’s most famous pamphlet)—Embery identifies the deficiencies in Labour’s worldview that have divorced the party from its former working-class base. What’s left, he contends, is little more than a protest movement with the vision and reach of factional student politics rather than a party capable of winning elections and exercising power for the common good.

The chapters on immigration and identity politics can be read as Embery’s call to reweave the frayed ties that bind us with common bonds of culture, language, history, and local tradition. He argues that the levels of immigration over which Blair and Brown presided post-1997 are unsustainable because both community cohesion and public services have suffered as a result. Government statistics, he claims, demonstrate that mass immigration does indeed harm the wages of those at the lower end of the income scale, while simultaneously acting to depress innovation with cheap, low-skilled labour.

Economics isn’t everything, however, because people pursue lives of purpose and meaning as well as economic growth and innovation. Elite economism ignores “the reality that most workers didn’t see themselves merely as some kind of stage army in a war against capitalism. They were social and parochial beings for whom a sense of cultural attachment—around such things as tradition, custom, language, and religion—meant much.” As such, Embery argues that mass immigration has been profoundly unsettling to a place like Dagenham and its people. In 2001, just over 80 percent of residents in the borough were “white British.” A decade later this was a minority, a phenomenon repeated in cities across the country.

It wasn’t a sense of race that was violated, Embery argues, but a sense of order. As a result of Labour’s indifference to their own voters’ concerns, these same voters elected the far-Right British National Party to the local council. “As the full impact of the new global market began to take hold,” he writes, “and as their lives and community were subjected to rapid and unprecedented economic and demographic change, their expressions of anxiety and discontent fell on deaf ears. They soon came to realise that not only was much of the liberal establishment impervious to their plight, it actively despised them.”

This value clash is epitomised by Labour’s increasing investment in both state-led multiculturalism and progressive identity politics. Embery is scathing about the colonisation of the activist base of the Labour Party by what he calls “Toytown Revolutionaries”—middle-class liberals playing at radicalism. These people represent what David Swift calls political hobbyism, burnishing their moral credentials through the expression of luxury beliefs on racial, sexual, and gender identity to signify high status while effecting no change in the real world.

Embery pushes beyond the tired complaints about “wokeness” to attack this pseudo-radicalism as the latest solvent on both class and community solidarity. Splitting people into mutually exclusive groups defined by immutable characteristics destroys any possibility of class radicalism. Of course, prejudice and bigotry against minorities are reprehensible, but as Embery points out, “The sheer venom that is often directed at people for simply holding a belief that until fairly recently was regarded as the conventional wisdom” is the sign of a new orthodoxy that brooks no ideological heresy.

Embery argues that identity politics is really just a way for high-status whites to differentiate themselves from low-status whites by dissociating from the stigma of white guilt. They retain their social and moral superiority by “allying” with racial and other minorities, who are in turn reduced to passive ciphers through which high-status whites write their own redemption story. Capitalism is equally amenable to this signalling to obfuscate its economically exploitative behaviour through the same redemptive exploitation of minorities.

As an antidote, Embery defends the legitimacy of the nation-state against what he calls the economic and cultural globalisers who wish to erase borders and erode sovereignty for capitalist or internationalist ends. The nation-state is perhaps the greatest ally of social democrats committed to equitable economic settlements with attendant cultural security. What Yoram Hazony calls mutual loyalty emerges between people bound by shared place, history, and culture, all of which strengthen the bonds of trust that J.S. Mill called “fellow-feeling.” Without this social capital, building a society and state capable of fulfilling Embery’s vision of a political-economic settlement is impossible.

All of this amounts to a defence of what was—until yesterday—seen as a perfectly normal way of life that allowed for the maximum flourishing of ordinary people. Embery offers a plan to implement his vision of a well ordered and prosperous country that values its conservative Somewhere members as much as its Anywhere cultural and economic elite. I’m not convinced how feasible this is on a practical level, as his corporatist economic vision seems to be similar to the one that failed and enabled the rise of neoliberalism in the first place. Meanwhile, the elite that drove the cultural change and decline Embery laments is still in place. A replacement of the elite with one sympathetic to the culturally conservative working-class, as Patrick Deneen calls for, seems to be the only realistic way of realising Embery’s goal.

Nevertheless, Embery’s book deserves to be read by those on both sides of the political spectrum who are open to the prospect of a post-liberal society rooted in relationality, solidarity, and the common good. He ends by writing that “The Left, if it is to halt the slide towards irrelevance, had better start listening.” Whether they will is another matter entirely.

Henry George is a freelance writer from the UK, focusing on politics, political philosophy, and culture. He has written for Merion West, the Post Millennial, Arc Digital, Reaction and the University Bookman. You can follow him on Twitter @intothefuture45.

Photo by Peter Hall on Unsplash