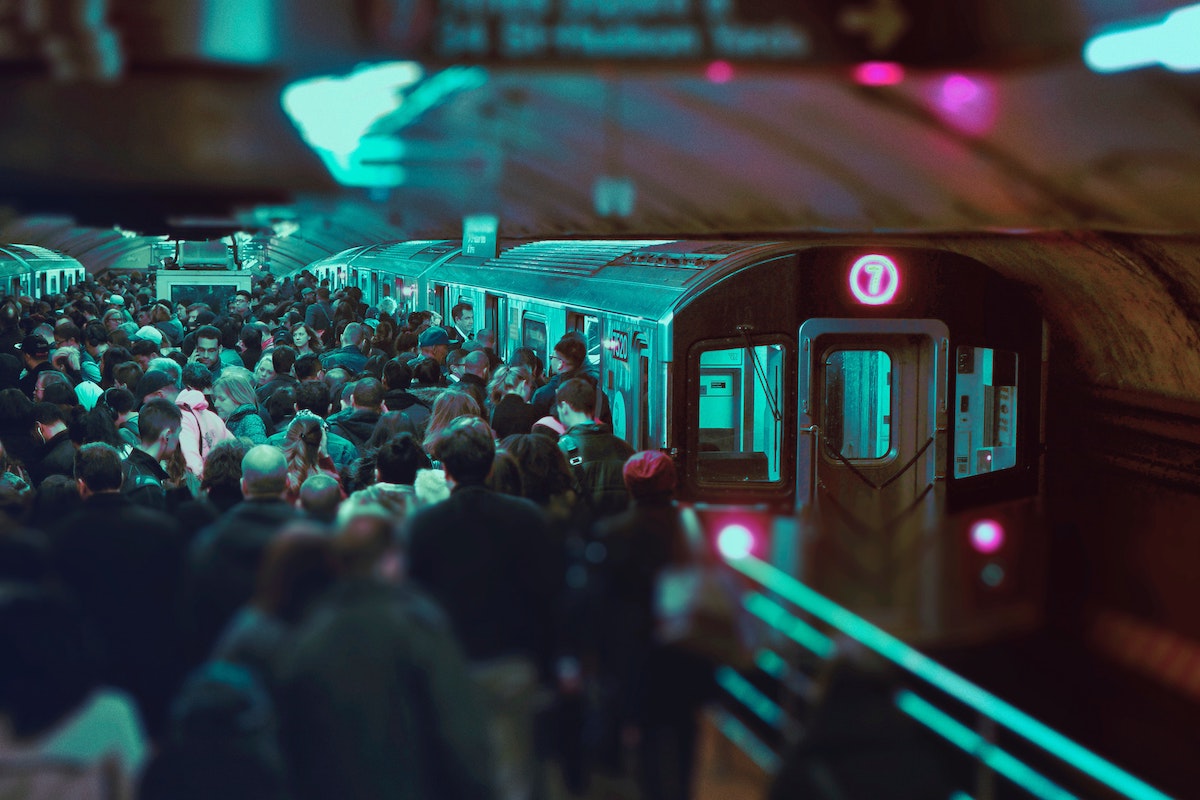 A review of One Billion Americans: The Case for Thinking Bigger by Matthew Yglesias, Portfolio, 288 pages (September 2020)

Matthew Yglesias began his career as an online wonk, advocating a muscular American foreign policy that amounted to social work in the Middle East. While still an undergraduate at Harvard, he blogged up a storm, hoping to kickstart a democratic revolution in a region whose regimes he regarded as sufficiently evil and dangerous to warrant American intervention. Two decades later, the author of One Billion Americans wants to bring the revolution home.

Yglesias proposes that the United States ensure its position as global hegemon by tripling its population over the course of this century. To achieve this grand demographic enterprise, he suggests a buffet of old and new public policies. His preferred admixture combines the pro-natalism of the French Third Republic with the planned economy of Olof Palme’s Sweden—a publicly subsidized boom in home construction that would make even the likes of William Levitt blush. He also recommends a massive expansion of legal immigration into the United States with the expectation that most of the newcomers will be or become tech-savvy and cosmopolitan urbanites. Sprinkle in the child-rearing sensibilities of Plato’s Republic and you get a rough idea of how Yglesias seeks to shepherd a country he regards as largely empty into a bursting-at-the-seams 21st century economic colossus. Beyond the abstraction of “national greatness” and access to new technologies, the benefits of this aspiration to America’s existing population of 330 million are never adequately explained.

Today, Yglesias is a pundit and podcaster best known for co-founding the Vox media empire, and this new book adds another catalogue of ideas to the long-tenured and bipartisan “restoring American greatness” section of your local bookstore. Titles in this section include David Brooks’s The Second Mountain, Paul Krugman’s Arguing with Zombies, and pretty much everything by Thomas Friedman. In these invariably well-written and often insightful works, self-help masquerades as sociology and the TED Talk set learn how to remake our world as we remake ourselves through some eccentric civic aspiration. One Billion Americans is a solid contribution to the genre. Yglesias is a thoughtful analyst, a provocative writer, and, often, a counterintuitive thinker. He captures the après moi, le déluge ethos of the genre as well as anyone. And he writes clearly and concisely. At times, he has a Gladwellian touch as a storyteller, using banal examples to express complex ideas. Nevertheless, One Billion Americans also bears many of the less flattering hallmarks of its genre. Like many books in the “restoring American greatness” section, its greatest flaws are the policy ideas it puts forward, which have either failed before or belong in the realm of Sid Meier’s Civilization rather than on a serious political platform.

Like much of the American intelligentsia, Yglesias sees the nation as unprecedentedly divided and lacking in purpose. This, he says, is a surefire recipe for China and India to overtake the United States as the world’s leading economic power. His overarching policy prescription—the rapid expansion of America’s population in the 21st century—is, he says, a return to the sense of purpose he regards as galvanizing the nation’s grandest achievements—taming the West, defeating the Nazis, and winning the Cold War. Considering his domestic turn in recent years, it is instructive that Yglesias still views America’s greatest hits as rooted in foreign policy and expansionism. No public intellectual sits more comfortably at the junction of progressivism and neoconservatism than Yglesias.

Yglesias favors national policies over local control at every turn. For example, he’d like to entice hundreds of millions of new Americans to settle in the high vacancy rust belt cities of the urban north. He proposes the use of location-specific visas as well as a panoply of public subsidies to convince immigrants to settle in places like Flint or Rochester rather than the already densely populated cities where most immigrants are choosing to move such as Los Angeles and New York. He seems to be completely unconcerned with what the residents of these “empty” cities want for their communities. Yglesias sees the rust belt as a potential warehouse for new Americans rather than a diverse set of political communities with a shared set of economic problems arising from a combination of automation and the offshoring of American manufacturing. The author’s vision for the deindustrialized cities of the urban north would undermine the political, economic, and cultural control that the majority poor and majority African American residents of many such cities have asserted within their communities in recent decades.

America’s path to one billion citizens doesn’t only rely on immigration. According to Yglesias, America’s declining birthrate is making the nation less economically competitive by shrinking its workforce, skilled and unskilled. This has become the common sense view among progressives and serves as the practical end of their argument for open borders. Citing a range of recent surveys, Yglesias also argues that America’s declining birthrate is making the nation a less satisfying place to live. Many middle class American families want more children than they choose to have and feel like their lives are the poorer for it. This statement is no surprise to cultural traditionalists but will certainly ruffle the feathers of many of his regular readers, so he emphasizes his support for reproductive freedom to keep progressives from giving up on the book’s premise.

Despite his conservative instincts on the issue of family, Yglesias’s solution to the problem is not a cultural but an economic one. He says that the primary reasons Americans aren’t having as many children as they used to are the costs of childcare and education. Rather than reinvesting domestic life with meaning by limiting state intrusions into “the haven in a heartless world,” or discouraging contempt for stay-at-home mothers, or encouraging people to forgo career and treasure for family, Yglesias calls for the further displacement of the family in the rearing of children by government functionaries.

He advocates taxpayer-financed dawn-to-dusk daycare from the cradle through college as well as a number of other smaller programs aimed at subsidizing or subcontracting the tasks of child rearing. It ought to be obvious that the hyper-management of raising children does not encourage families to have more kids. There is no indication that the much broader array of childcare options available to families in 2020 than a generation ago have encouraged an uptick in the birthrate. Yglesias also wants college to be universal, STEM-centric, and wholly subsidized by taxpayers, regardless of a student’s aptitude for book learning or their inclination to pursue higher education. In essence, his educational model streamlines the creation of the largest state-subsidized technocracy in human history.

Wittingly or not, the social consensus Yglesias seeks to build through his policy prescriptions seem destined to sap the variety and complexity out of the American experience. While he clearly wants to make the United States, already the most diverse society in human history, even more racially and ethnically diverse, the platform he puts forth in One Billion Americans would foster a stifling uniformity of lifestyle across the country. If implemented, the policies Yglesias recommends would make America a much larger and more culturally homogenous place.

In many instances, Ygelsias shows off the refreshing gadfly streak he demonstrated in his writings for the American Prospect and Slate. His willingness to annoy both urban planners and suburban developers is admirable. I’ve never before seen a policy analyst who advocates both sprawl and density. Yglesias says explicitly that he wants the United States to be roughly as densely populated as France, a country which has three times as many people per square mile as the US and has not been known in the past couple of centuries for its harmonious social relations. Similarly, it would be interesting to see how his contempt for urban zoning laws would play out if instituted in already densely packed American cities like New York and Boston. And while he favors investment in clean energy technologies, he seems similarly willing to draw the ire of environmentalists. The entire premise of adding 700 million Americans over the course of the next 80 years runs completely counter to the tenets of sustainability. Yglesias seems to think that cities are self-evidently magical spaces of innovation but he comes out strongly in support of investing in rural infrastructure, including broadband Internet service, demonstrating that his sense of largesse in not just directed towards urban areas.

In the end, Yglesias’s path to preventing America’s decline is to make it more like India and China, the two countries he fears will supersede the United States in the 21st century. The nation he envisions in One Billion Americans will be much like the one that his airport newsstand shelf-mate Thomas Freidman fears—hot, flat, and crowded.

Clayton Trutor holds a PhD in US History from Boston College and teaches at Norwich University in Northfield, Vermont. His reviews have been featured in the New Criterion, Publisher’s Weekly, and Reason.  You can follow him on Twitter @ClaytonTrutor.

Photo by Victor Rodriguez on Unsplash