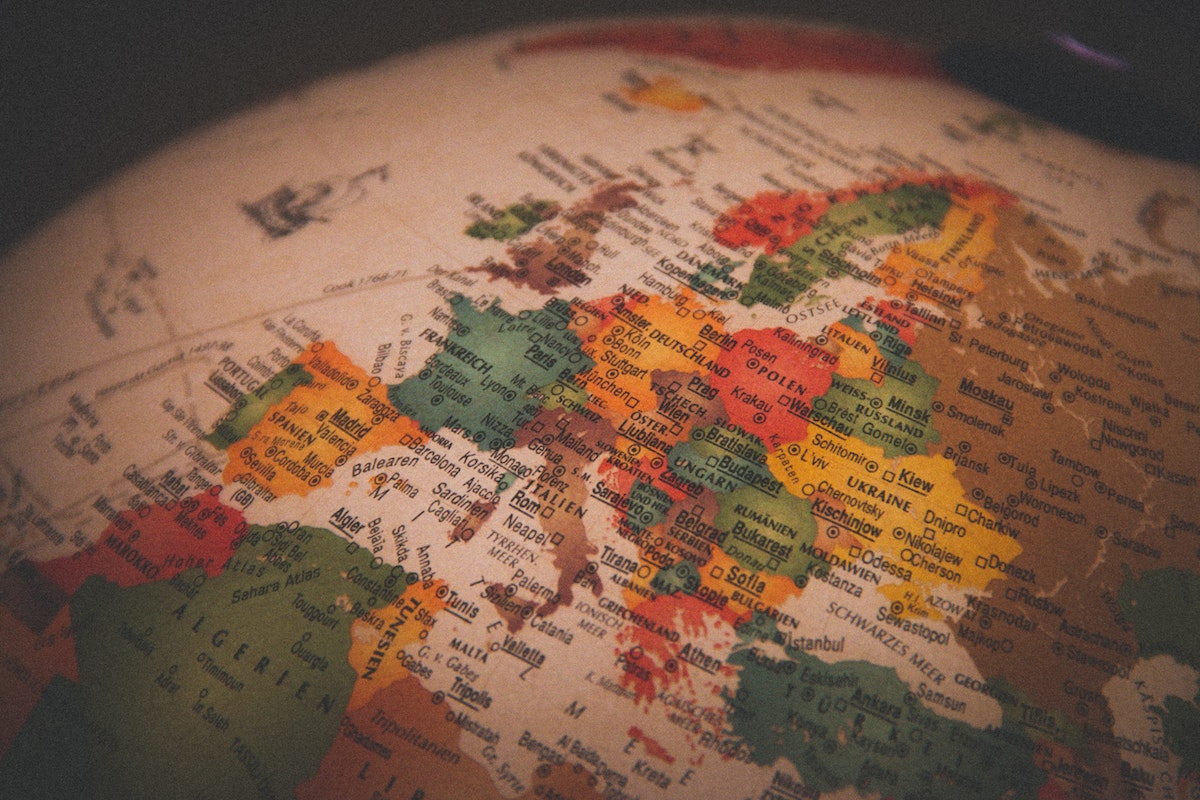 Since the end of the Cold War, Europe has believed it is more resilient than it is, and less vulnerable. It has indulged the conceit that it will never again find itself at daggers drawn with its Russian neighbor. In the European imagination, post-communist Russia posed no threat, a convenient interpretation that remained intact even after the rise of the KGB’s mafia state and the projection of Moscow’s imperial designs on its “near abroad.” At the 2007 Munich Security Conference, Vladimir Putin spoke of a “unipolar world”—meaning one dominated by the United States—that would prove “pernicious not only for all those within this system but also for the sovereign itself.” America’s “hyper use of force,” declared the Russian president, was “plunging the world into an abyss of permanent conflicts.”

At the time, with an unpopular Republican president at the helm in Washington—unpopular, that is, in Europe, though also in America—Europeans extended a generous reception to Putin’s remarks. Many Europeans retained their traditional skepticism of American power and remained committed to the idea of a “different” European foreign policy, though few bothered to explain what that might entail. Sovereignty was the all-consuming interest in Europe in those days, and with US soldiers garrisoned en masse across the broader Middle East, European officials detected more danger in American unilateralism than unchecked jihadism, let alone Russian revanchism. More than a decade later—after Russian aggression dismembered Georgia and Ukraine, and a bloody foray into the Levant, and now the prospect of Russian aid for the Belarusian dictatorship—they might wish to reconsider.

Of course, Europe was then and is now highly skeptical of any use of force as well as the notion of permanent conflict. It is no longer the Europe of Napoleon and Bismarck, much less that of Plato and Thucydides. Instead, as Robert Kagan pointed out in his ingenious 2003 work Of Paradise and Power, it is the Europe of Immanuel Kant. Traumatized by the hideous experiences of the 20th century, Europeans have adopted a postmodern and posthistorical view that military force is unnecessary—immoral, even—in a world where problems ought to be resolved through the ambit of law. Thus Europe has tended to look on America’s abidingly muscular approach in world affairs with bitter incomprehension. Until very recently, Americans have hailed from Mars while Europeans—at least since launching the European Union—have resided on Venus.

It has become clear that Vladimir Putin is not, and never was, remotely committed to building a world of universal law. Indeed, the prosecution of permanent conflict against the West is a fair description of his life’s mission, first as a KGB operative and for the last two decades as president of the Russian Federation. The common thread of his career has been burnishing the allure of Russian autocracy, which has involved him in the suppression of freedom within and beyond Russia. Putin’s Munich speech was an unfathomably cynical appeal to Kantians in Europe to pull away from the Americans who, before the retreat from global leadership initiated by Obama and accelerated by Trump, still believed in defending a liberal order by the threat and sometimes the use of armed force. Rather than focusing on the liberal ends for which American power was generally marshaled, Europeans obsessed over the martial means—the same means, incidentally, that had birthed modern Europe in the first place after its two bloody attempts at suicide—which struck them as passé and perilous.

The European view has seldom posed much problem for America’s global position. In fact it was something of a blessing—for both the United States and the world at large—that Europe was no longer (to borrow Kagan’s description) “strategically relevant.” A Europe that beat its swords into ploughshares and re-discovered the benefits of commerce and culture quietly welcomed the American hegemon while it concentrated on promoting the cause of democracy and human rights. The beneficence of this order has long eluded those on both sides of the Atlantic who advocate a diminished US role in the old continent. The critics of America’s forward engagement in Europe have failed to understand the great risks of leaving the continent to its own devices: With astonishing speed, it might forego the modern habit of cooperation and revert to its historical norms of competition and conflict.

And a more immediate danger has emerged in recent years: the return of great-power rivalry between the United States and a revanchist Russia. This has made America’s political commitment and military presence in Europe as crucial as at any point in the post-Cold War era. The plausible threat of Russian aggression has exposed the dangers of European weakness and therefore of Europe’s continued holiday from history. But whether Europe will take note is an open question. The European approach resembles American attitudes in the immediate aftermath of World War Two, which Averell Harriman, the then-US Ambassador to the Soviet Union, characterized as wanting “to settle all of our differences with Russia and then go to the movies and drink Coke.” (Admittedly, in Milan or Munich they might prefer the opera and pinot noir.) As long as Russia’s power and ambition were limited and dwarfed by America’s stalwart commitment to European unity, this was a reasonable desire. What seemed prudent in a unipolar moment without great-power rivalry has become precarious when Russia looms as large as a source of trouble for Europe as the United States does as a source of help.

Although Putin adopted a disingenuous pose while addressing Munich in 2007, he was not wrong to be alarmed by the implications of a unipolar world for his strategy of overturning the post-Cold War settlement. That order may have been centered in Washington but it received broad and deep assent from across the European continent (arguably most of all in those proud but vulnerable states adjacent to the Russian frontier that Putin hoped to subvert and control). Unlike the Kantians in the audience who had bought into a theory of “perpetual peace” that presumed the natural evolution of man and history, Putin knew better. Putin understood that chaos, not order, was the natural state of humanity, and a return to chaos could be exploited by a Kremlin intent upon restoring Russian amour propre. The modern liberal order to which Europeans and Americans and many others around the world were so enthralled was an exception to the pattern of history that had been carved out by the supreme power of the United States. The liberal order had arisen on account of power and would, Putin knew, collapse on account of a withdrawal of that power.

This insight has made Putin eager to curtail American hyperpower, and seek to cripple the basis on which that power can be effectively employed. It is America’s comprehensive power that has always been the de facto guarantor of a liberal order that chafes against Putin’s traditionalist grievances with the modern world. Its support of the sovereignty and independence of NATO nations in Russia’s “near abroad” impinges upon Putin’s sense of Russia’s national interests. Given Putin’s ambition to increase the allure of authoritarianism and restore Russia’s old sphere of influence, he has had good reason to be apprehensive about America’s continued presence in Europe. The third Rome that Putin hopes to create will never be permitted to materialize within range of American armored divisions.

What is much less justified, though no less understandable, is Europe’s aversion to American leadership, and its deficient sense of responsibility for its own fate. There is some evidence that Europeans are becoming aware of the discrepancy between modern Europe’s strategic outlook and the preservation of European interests in an increasingly hostile world. In March 2019, the European Union demonstrated strategic foresight on China, labeling the communist regime a “systematic rival.” But its collective action against the Kremlin has been wanting.

The advocates of engagement have generally pointed to Europe’s dependency on Russian energy to justify this supine posture. But this is misleading. It is true that Europe gets a third of its energy from Russia in total. But Europe draws 80 percent of Russia’s energy exports, giving it considerable leverage over Moscow should it wish to exercise it. Even the threat of an EU boycott, or even a stiff tax, on Russian energy imports would make Putin’s people sweat. If it was paired with a program to promote human rights in neighboring nations and in Russia itself, rather than treating it like a cheap bargaining chip, it would undoubtedly alter the behavior of the Russian regime.

It’s been well said that Putin’s Russia is more revanchist than it is resurgent. With a staggeringly un-diversified extraction economy, it is dependent on high energy prices; its growth is limited by a declining population; its wealth is exploited as a colony by its own native oligarchy. In short, the Russian regime is committing immense sums to fortifying its military capabilities while the bulk of its population languishes. In geopolitical terms, then, Putin’s KGB mafia state is playing a weak hand well, thanks to the unlovely coincidence of a cunning Kremlin strategy as well as a distracted Western alliance.

It behooves Europeans to recognize that Putin’s Russia is not a respecter of national sovereignty, whatever was said in Munich all those years ago. And it is Europeans’ unrelenting veneration for that ideal while failing to muster significant power on its behalf that is beginning to threaten the project of a Europe “whole and free.” If Americans will no longer inhabit Mars, Europeans must begin to leave Venus.

Photo by Christian Lue on Unsplash