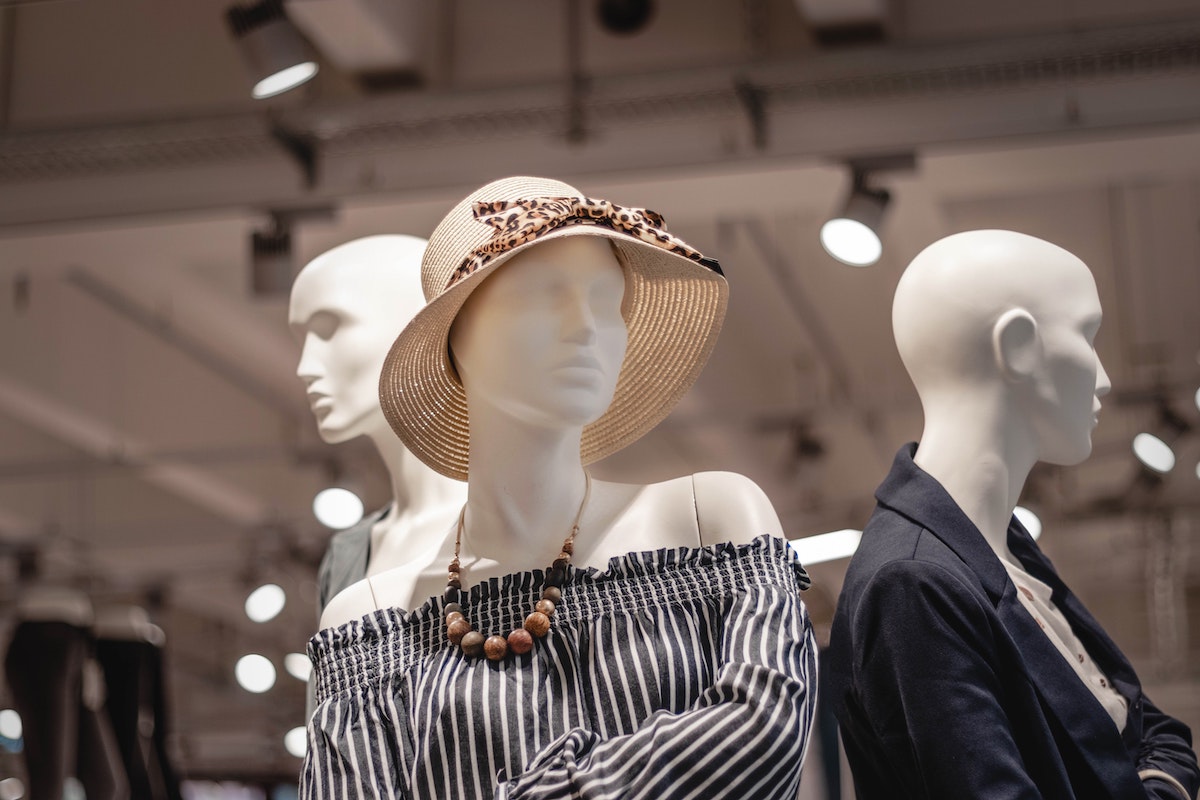 Women who seek to be equal with men lack ambition.
~Timothy Leary

Many feminists and progressives argue that the West is plagued by pervasive misogyny. In fact, this claim is made with such frequency, and is so rarely challenged, that it has become part of the Left’s catechism of victimhood, repeated by rote without a second thought. The only real question is how powerful and pernicious the misogyny is. Real-world data, however, suggest a different narrative, complicated by the fact that men have worse outcomes in many domains. For example, they are much more likely to be incarcerated, to be shot by the police, to be a victim of violent crime, to be homeless, to commit suicide, and to die on the job or in combat than women. Furthermore, they have a shorter life expectancy and are less likely to be college educated than women. Although these (and similar) data can be reconciled with the pervasive misogyny theory, they should at least give pause to the open-minded. The best data from contemporary social science tell a rather different story and suggest that the very persistence of the pervasive misogyny narrative is itself a manifestation of the opposite: society is largely biased in favor of women.

The world, of course, is a messy place and disparities between men and women may have many causes. This is why carefully controlled social science is useful for examining the extent, direction, and nature of sex-related biases. Although the details can get complicated, the basic idea behind most bias studies is pretty straightforward. Researchers present participants with identical information that has some bearing on the abilities of males or females while manipulating which sex the information is about. For example, they might ask two groups of people to evaluate identical essays, telling one group that it was written by a man and the other group that it was written by a woman. If participants who believed the essay was written by a man evaluated it as more compelling, more intelligent, more insightful, and so on than participants who believed it was written by a woman, psychologists would consider that a bias in favor of men. Similarly, if one asked two groups of people to evaluate identical scientific studies that discovered that either men or women performed better on a measure of leadership, and participants who read that men outperformed women regarded the study as higher quality than participants who read that women outperformed men, psychologists would consider this a male-favoring bias (everyday people consider such patterns to be biases as well).

Contrary to expectations from the pervasive misogyny theory, across a variety of topics, samples, and research teams, recent findings in psychology suggest that such biases often favor women. For example, a paper just published in the British Journal of Psychology led by Steve Stewart-Williams found that people respond to research on sex differences in ways that favor females. In two studies, participants were asked to read a popular science article that was experimentally manipulated to suggest that either men or women have a more desirable quality (for example, men/women are better at drawing or men/women lie less often). Participants evaluated the female-favoring research more favorably than the male-favoring research. Specifically, participants found the female-favoring research more important, more plausible, and more well-conducted and found the male-favoring research more offensive, more harmful, more upsetting, and more inherently sexist. This pro-female bias was observed among both male and female participants, and in study two, the researchers replicated the results in a south-east Asian sample.

Scholars observed a similar pattern among psychology academics. In 2017, the social scientists William von Hippel and David Buss emailed a survey to a sample of psychologists, asking their beliefs about a variety of evolutionary claims and findings. These psychologists were more likely to endorse a female-favoring sex difference than a male-favoring one. Specifically, they were more likely to accept that women could have evolved to be more verbally talented than men than that men could have evolved to be more mathematically talented than women. Although these sex differences are not perfectly symmetrical (one regards verbal ability and the other mathematical ability), there is little reason to believe that an evolutionary explanation for one sex difference is more plausible than the other. Like non-academics, scientists themselves may have preferences for pro-female information over pro-male information.

We have also found that people have a stronger desire to censor science that disfavors women. In this study, participants were asked to read a series of passages from books and to decide whether the text should be censored (for example, whether it should be removed from the library, whether a professor should not be allowed to require it for class). One passage argued that either men or women make better leaders. The results showed that people wanted to censor the book more when it argued that men make better leaders than women than when it argued the opposite.

Moreover, when the career was said to be accompanied by a high salary, people were more likely to say that prohibitive norms were blocking women from entering the male-dominated career than that prohibitive norms were blocking men from entering the female-dominated fields. So, people are more likely to believe that external barriers explain women’s underrepresentation in desirable careers than men’s underrepresentation. These findings suggest that when real world disparities exist between men and women, people are more likely to care and more likely to try to engage in corrective behavior when women are at a disadvantage.

One explanation for these pro-female biases is that humans may have evolved a general protectiveness of women. Indeed, numerous reports over the past few decades have shown that people have more sympathy for female than male suffering. For just a few examples, people are less willing to harm a female than a male, women receive more help than men, those who harm women are punished more severely than those who harm men, and women are punished less severely than men for the same crimes.

Such findings contradict the concept of “himpathy,” introduced in philosopher Kate Manne’s successful book Down Girl: The Logic of Misogyny. Anecdotes can create an illusion of excessive sympathy for men, but more systematic analyses suggest the opposite: People are vastly more sympathetic toward women. The success of Manne’s book might indeed be a manifestation of these very sympathies, because people are more alarmed and disturbed by the possibility of a bias against women than against men.

Concerns about women’s wellbeing are so strong that researchers often frame pro-female preferences and biases as harmful to women. For example, in a series of studies led by Lily Jampol, researchers asked participants to evaluate essays and give feedback to the author. Participants who then discovered the essay writer was female were more likely to adjust their performance evaluations upward than participants who were told the essay writer was male. This paper was entitled “The Dark Side of White Lies in the Workplace: Feedback to Women Is Upwardly Distorted,” highlighting the potentially harmful consequences of providing softened or distorted feedback to women.

Of course, it is possible that overly positive feedback harms women in the long-run, but it might also help them, for example, if it boosts their confidence, or if evaluators internalize the flattering feedback. Furthermore, it’s difficult to imagine that similar but opposite results would be framed as potentially deleterious to men. It seems as if research is often framed as “if biases favor men, then that’s bad for women; if biases favor women, then that’s also bad for women.” For example, the women-are-wonderful effect, which is the tendency for people to view women more favorably than men, is often regarded as a form of benevolent sexism against women. We eagerly await a paper that claims preferences for men as teachers or leaders illustrates a kind of benevolent sexism against men.

Though not exhaustive, the table below summarizes findings from numerous studies demonstrating biases and attitudes that appear to favor women.

As noted above, an important feature of many of these studies (though not all of them) is that they are experimental—they randomly assign participants to evaluate information with some bearing on outcomes for men or women (or a man or woman). Many scholars who argue that sexism against women is still a major problem in modern Western societies point to real-world disparities between men and women (but ignore many others). For example, they point out that women are underrepresented in high-paying STEM careers and leadership positions, and full-time working women earn less than full-time working men. However, the existence of such differences tells us little about the causes of them, for just as correlation does not equal causation, so too disparity does not equal discrimination. And, in fact, the claim that women are underrepresented in STEM because qualified male job candidates are preferred over equally qualified female job candidates no longer seems plausible. Experimental work suggests that faculty in STEM fields have demonstrated a preference for female applicants over equally qualified male applicants. Other explanations, such as differences in personality and vocational interests therefore appear much more promising.

This does not mean, of course, that there are no biases against women. For a long time, women in the West were treated as property and were considered emotional, irrational, and incapable of contributing significantly to higher culture. It is not unimaginable that some of these prejudices still persist and shape society. For just one example, there seems to be a sort of genius bias against women, such that people more readily associate men with extremely high levels of intelligence than women. And although there is reason to believe that men might be more highly represented at the highest (and lowest) ends of intelligence, this stereotype could explain part of the underrepresentation of women at the highest ends of achievement. However, overall, the results presented here make the claim that the West is pervaded by misogyny difficult to maintain.

The mainstream view is that we live in a sexist patriarchy that is persistently unfair toward women and privileges men in nearly all ways. And any claims to the contrary are treated as the protestations of benighted conservatives or other masculinist cranks. A Google Scholar search for misogyny yielded 114,000 results, whereas a search for misandry yielded only 2,340. We suspect this difference in interest in misogyny over misandry reflects not the relative prevalence of each type of prejudice, but rather greater concern for the wellbeing of women than men. All of the arguments, anecdotes, and data forwarded to support the narrative that we live in an implacably misogynistic society, in fact, may be evidence of precisely the opposite.

Photo by Sara Kurfeß on Unsplash.