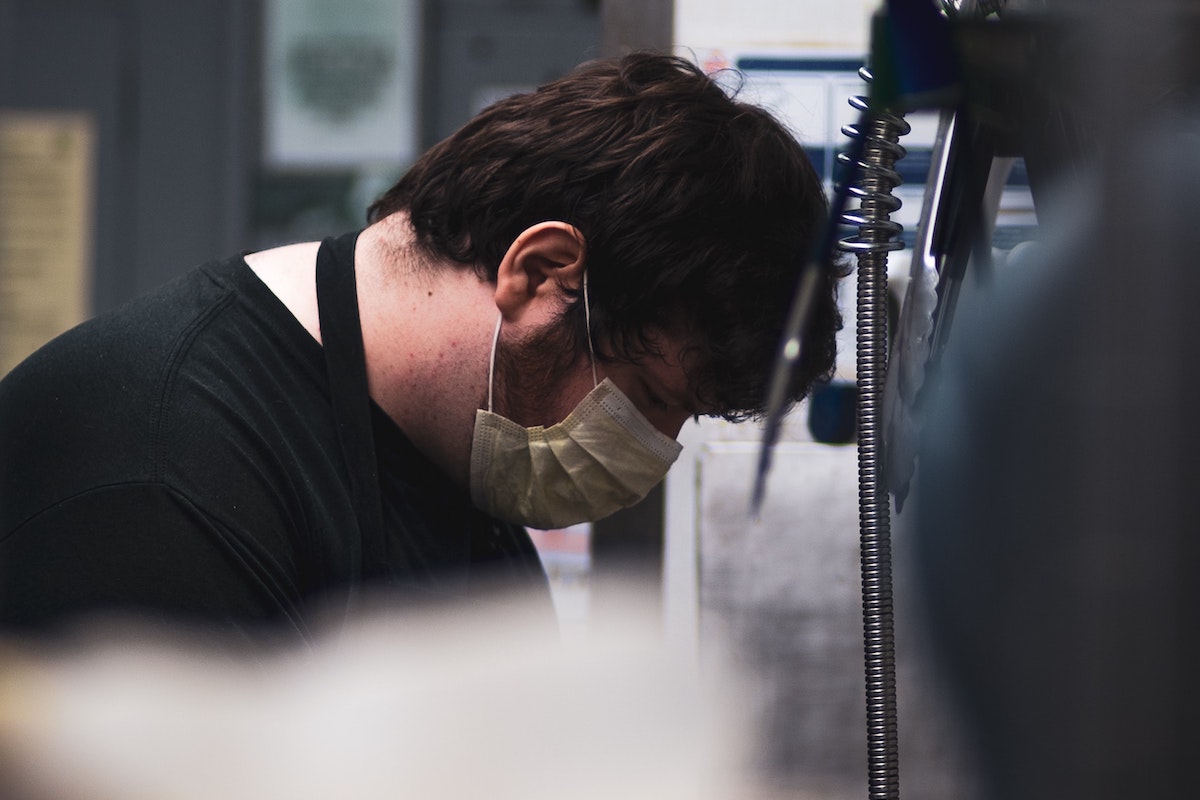 When Hilary Clinton said in 1998 that “women have always been the primary victims of war,” it sent a chill down the spine of many. It is a questionable piece of emotional accounting to calculate that, even though men die in greater numbers than women—often after being drafted unwillingly into combat—the impact on women is greater because they lose male relatives, become refugees, and are left with the responsibility of raising children alone.

But if you think Clinton’s accounting was reasonable, then you will have no problem with the narrative around the gender death gap in the COVID-19 coronavirus pandemic. You might have noticed that in the media (for example, the BBC, the Guardian), and even in the world of health (for example, the World Health Organisation and the Lancet), a commonly recurring narrative has developed around the pandemic: More men are dying, but the real victims are women. Moreover, this narrative usually implies that men’s deaths are largely due to men’s poor decisions about health behaviour.

Are men’s deaths their own fault?

The Lancet suggests men’s deaths are related to “behaviours associated with masculine norms.” What do they mean by this? Well, there is no doubt that some behaviours can impact health, and some of these behaviours show sex differences. For example, men smoke cigarettes more than women do, and wash their hands less. Both of these behaviours have been suggested as the reason why men die more from COVID-19, mainly because hand-washing reduces the chance of infection, and smoking reduces lung capacity, making it easier for the coronavirus to take hold there.

However, neither of these explanations stand up well to scrutiny. Hand-washing impacts infection rates, and roughly equal numbers of men and women are infected by the novel coronavirus. So this doesn’t explain why more men die after they have been infected. Regarding smoking, in many countries men and women smoke at more or less the same rate (for example, Denmark) but men are still more likely to die—61 percent of Danish deaths are male (data is regularly updated here). Similarly, children rarely smoke, so smoking doesn’t explain why boys are more likely to die than girls. Nevertheless, smoking is still being offered as an explanation for men’s higher rate of COVID-19 deaths, long after publication of a study on March 16th concluding that active smoking is not associated with the severity of the illness.

Future data will no doubt tell us more, but for now we don’t have reasonable grounds to blame the greater number of men’s deaths on smoking or lack of hand-washing. In fact, such explanations look increasingly like victim-blaming—that is, blaming someone for their own misfortune without taking other factors properly into account.

What explains the gender difference in mortality?

In all mammals, including humans, the female has two X chromosomes which gives their immune system an adaptive advantage compared to those of males, who have an XY chromosome pairing. In other words, men are more likely than women to die from a COVID-19 infection for genetic reasons. This has already been recognised in research on male coronavirus hospitalisation (published on January 14th) but most commentators don’t acknowledge this study, or downplay the genetic explanation in favour of behavioural explanations, such as smoking and hand-washing.

Why do we keep blaming men?

Men’s behaviour is often scapegoated as bad for their health in spite of research demonstrating that harnessing male-typical interests can facilitate physical and mental health. It is often overlooked that male-typical behaviour, such as taking risks, can be extremely beneficial to society. This is most clear in the emergency services, populated mainly by men, where risk-taking can be self-sacrificing—one person puts themselves in danger to benefit another. Indeed, men and women put themselves at risk of infection in ways that benefit others too (for example, health workers, delivery drivers, soldiers, supermarket cashiers, refuse collectors, and others) and they all deserve recognition.

This negative narrative around men risks exacerbating the gender empathy gap, part of a wider unconscious bias against men, recently identified as an aspect of gamma bias. Evolutionary psychologists understand that, by some accounting, women are indeed more important than men—for a population to thrive, 100 men and one woman won’t help much, whereas 100 women and one man is likely to be much more productive.

This leads to an important conclusion: Perhaps it is normal to value women more than men. Certainly, the media narrative would be totally different if 65 percent of COVID-19 deaths were women. And there is evidence that our views on women’s health are much more sensitive to causal factors in a way that doesn’t lead so readily to victim-blaming. It’s hard to imagine a female politician being mocked and blamed for contracting this disease while doing their job, and almost “taking one for the team” (which is to say, dying).

How can we improve this situation?

I am not saying that men should take no responsibility for their health behaviours, and I urge men to take appropriate health advice in relation to this pandemic. But I also urge influential institutions, such as the WHO, to be careful not to perpetuate a narrative that stigmatises masculinity or that encourages victim-blaming and the consequent alienation of men. After all the WHO is part of the UN, and Article 1 of the Universal Declaration of Human Rights states that: “All human beings are born free and equal in dignity and rights. They are endowed with reason and conscience and should act towards one another in a spirit of brotherhood.” Focusing on unlikely causes of men’s increased coronavirus mortality at the expense of more plausible biological factors isn’t helping us to understand this disease or to find a treatment.

We don’t have sufficient evidence about the causes of COVID-19 mortality to point the finger of blame at male behaviour, but it is unsurprising that men’s health has not been dealt with in a positive way. This is the pattern we have seen for years with many of men’s issues, including male suicide, male victims of domestic violence, and boys falling behind in education.  My hope is that if we can learn to deal with the current pandemic with more empathy and humanity, we can deal with future crises more harmoniously and effectively, too.

Dr John Barry is a chartered psychologist, co-founder of the Male Psychology Network, and co-editor of The Palgrave Handbook of Male Psychology and Mental Health. His new book Perspectives in Male Psychology is published by Wiley later this year. You can follow him on Twitter @MalePsychology.

Photo by Richard Goff on Unsplash.