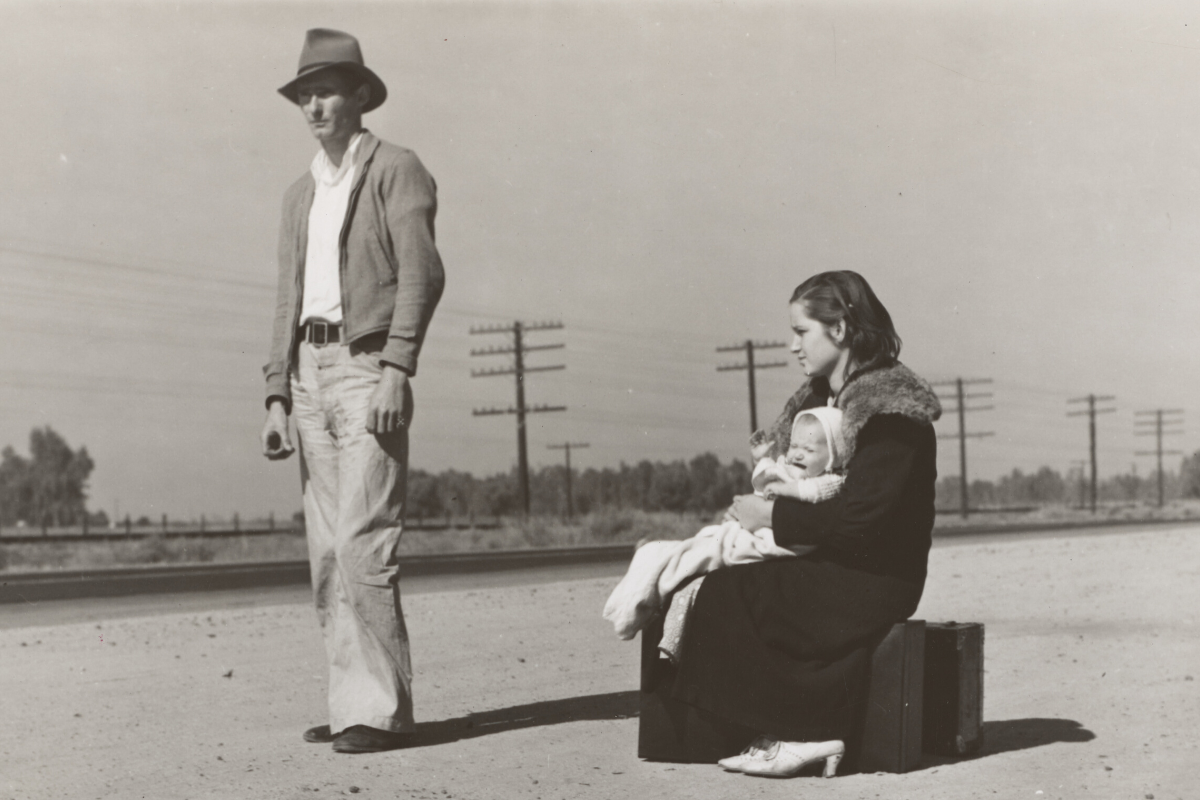 In 1831, Alexis de Tocqueville took a 10-month trip to the United States to study the American penal system. In the resulting book—Democracy in America—he singled out one noteworthy feature: “Amongst the novel objects that attracted my attention during my stay in the United States, nothing struck me more forcibly than the general equality of conditions.” Although he ignored the fact of slavery, his reference to economic equality among white Americans was, at the time, accurate. According to economic historians Peter H. Lindert and Jeffrey G. Williamson, the share of national income going to the top one percent was less than 10 percent.

Today, the share of national income going to the top one percent has doubled, while median wages have remained largely stagnant. In the last 40 years, CEO wages have grown nearly 100 times the rate of wages for average workers. The popularity of left-wing candidates like Elizabeth Warren and Bernie Sanders—both with significant redistributive policies at the core of their platform—reflects the moral concerns many have about high levels of income inequality.

But no moral case for economic equality will convince those on the Right. What is at stake is an idea of fairness. It is unfair, so the thought goes, for others to live off one’s labor without making an equally productive contribution to society. This appeal to fairness trumps any moral case for income redistribution. There is, however, another case for relative equality of conditions that appeals to the same idea of fairness that’s appealed to by the opponents of redistribution. This view, which has largely been neglected since Tocqueville’s meditations on the subject, argues that a certain degree of economic equality is necessary for fair participation in political life.

For a long time, economists, politicians, and philosophers alike have operated under the assumption that economic inequalities, though far from ideal, do not inhibit the process of democratic politics. Whatever the necessary components of a democracy are, they do not include the equality of conditions that obtained among white Americans during Tocqueville’s era. Democracies can exist even within societies with extreme wealth disparities.

But this may only be true under a very simplistic notion of democracy. If we take democracy to be a system of collective self-government—where all citizens have the opportunity to influence politics even if some citizens have much more influence—then inequalities of conditions may not matter. But throughout the 20th century, progressive movements like the women’s and civil rights movements have put forth a more demanding ideal of democracy. On this view, democracies require citizens to not only have the ability to influence government, but to do so on equal terms.

In A Theory of Justice, the political philosopher John Rawls refers to this requirement as the “fair value of the political liberties” or what some might call “political equality.” Simply stated, political equality demands that citizens who are similarly talented and motivated should have an equal shake when it comes to influencing the direction of government.

We should regard this ideal as a more attractive vision of democracy. Imagine a society that enables some wealthier citizens to cast more votes than others, or one that bars some citizens from holding political office without good reason. Would we be comfortable calling such a society a “democracy”? The idea that another citizen might have a systematic advantage over us when it comes to influencing politics feels not only unfair but disrespectful. That is why America’s existing institutions already embody an idea of political equality to some degree. The Equal Protection Clause of the 14th Amendment requires that citizens be equally protected under the law. Similarly, the electoral college was initially designed to ensure that smaller states do not constantly lose out to larger states. This measure exemplified the belief that democracy is a shared political endeavor and no one group should be able to monopolize control of government.

Can a relatively unregulated capitalist economy (which allows for extreme inequalities) coexist with this ideal of democracy? I do not think so. But my argument here is not to advocate for a more aggressive redistributive policy as a consequence. Narrowly stated, the claim is that those who do not object to wealth inequality may be implicitly abandoning a commitment to political equality in all but name. The result is that anyone who opposes significant economic redistribution may need to temper their vision of democracy (opting for the less idealistic conception) or abandon it altogether.

Let’s begin with John Rawls, the father of liberal political philosophy, who shares a similar view. “Welfare-state capitalism,” he writes:

rejects the fair value of the political liberties, and while it has some concern for equality of opportunity, the policies necessary to achieve that are not followed. It permits very large inequalities in the ownership of real property (productive assets and natural resources) so that the control of the economy and much of political life rests in a few hands.

Rawls believes that inequalities in the ownership of property, which includes any system that keeps private property mostly undisturbed, will ultimately inhibit citizens as a whole from enjoying political equality. In other words, he equates “control of the economy” with control of “political life.” Why might Rawls think that extreme economic inequality will inevitably “spill over” into politics, affecting the “fair value” of the political liberties?

In one sense, it’s obvious. America’s current system is nowhere near reaching political equality. A 2014 study by Martin Gilens and Ben Page demonstrated that the American government is more responsive to upper-class elites and organized interest groups, and largely unresponsive to everyone else. The Supreme Court decision in Citizens United v. FEC (2010) allowed corporations to inject unlimited amounts of money into political advertising on the grounds of free speech. Today, some of the most influential names in politics are multi-billionaires: the Koch family, George Soros, Tom Steyer, Donald Trump, and Michael Bloomberg.

Nevertheless, some might think no redistribution is necessary to achieve political equality. We can, so the thought goes, create a just regime of laws and regulations such that wealth inequalities do not “spill over” into politics. But consider what money can buy. If you have large sums of money, you can certainly buy name recognition—putting your name on buildings (e.g. Trump Tower), creating your own brand, and appearing frequently on television. You can influence public opinion by simply buying millions of dollars in advertising (and Citizens United has demonstrated how difficult it is to distinguish between political and private speech). While there are some limits on personal donations to politicians, when you’re wealthy enough you can circumvent these limits via external bodies: for example, by creating your own political organization or non-profit to support your favored political party or candidate. In our current economy, who truly believes that politics is an area wholly separated from all those other aspects of life that money can already buy? Material benefits can always be translated into political power because the political world has always been interwoven with the cultural world. As some conservatives are fond of reminding us, politics is downstream from culture.

Even if one could separate the economic and political spheres, the bureaucratic apparatus necessary to adequately achieve such a task would be so massive it would be as oppressive as the power it was intended to curtail. Any kind of regulation necessarily requires a group of regulators who are granted some discretionary power. If we regulated the flow of money to truly prevent all kinds of “spill overs” into politics, the regulatory bodies would be so invasive as to have a chilling effect on the economy.

The lack of political equality in America was captured in a recent presidential debate. When asked his thoughts about being the only candidate of color left in the race, entrepreneur Andrew Yang offered a witty, yet incisive remark: “fewer than five percent of Americans donate to political campaigns. Do you know what you need to donate to political campaigns? Disposable income.” His answer was a set-up to his flagship policy of Universal Basic Income. But it was also a veiled criticism of the illusion that the economic and political spheres can be separated. Yang’s point was that poor political representation originates from poor economic conditions. When citizens do not have significant economic freedom, they have a harder time donating to campaigns, running for office, protesting, and participating in government on an equal footing.

What does Rawls suggest as an alternative? Rejecting welfare capitalism. He proposes a “property-owning democracy,” a market system where state institutions enable not only a fair distribution of income (which welfare state capitalism hypothetically achieves) but also a fair distribution of productive assets and resources (such as property, oil, gas, and minerals). Under welfare capitalism, some monopolies can continue to exist as long as welfare programs exist, but they cannot in a property-owning democracy. It is a testament to the dominance of free-market thinking that such a system is practically unknown in public discourse. Perhaps it’s time that we re-examined our assumptions about the role of economics in politics. Economic inequalities may not only be unintended byproducts of capitalism; they may also be serious obstacles to the realisation of true democracy.

Chang Che is a master’s student in political theory at Oxford. You can read more from him on his website and you can follow him on Twitter @changxche