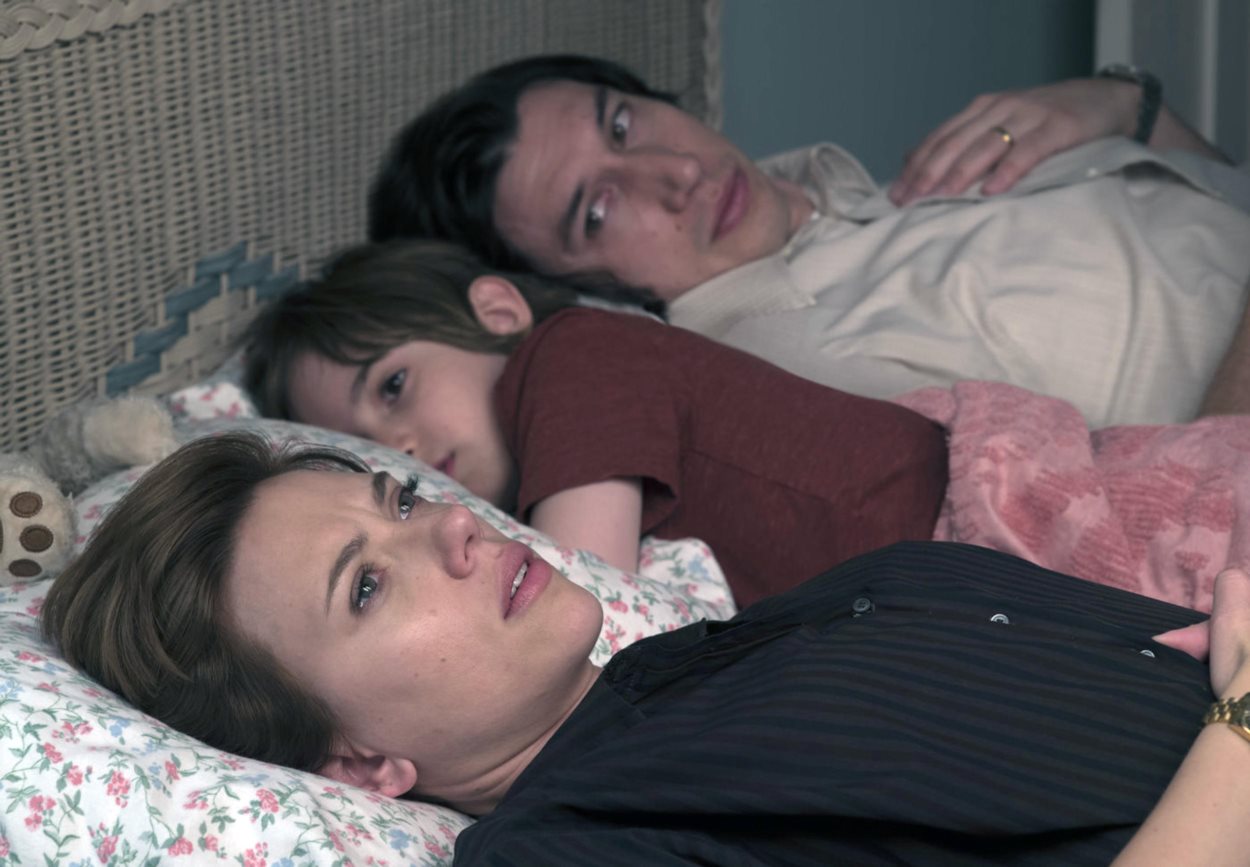 Apple and Disney launched new subscription video streaming services in November 2019, joining Hulu, Netflix, Amazon Prime, CBS All Access and HBO, which will become HBO Max in 2020, placing HBO branding and original programming at the helm of a subscription service to stream the content of the AT&T Warnermedia conglomerate. Comcast/NBCUniversal will be launching a streaming service called Peacock in 2020 as well.

Since every major media company will soon have its own streaming subscription, we can expect them to stop licensing their film catalogs and their archives of television shows to existing streaming services like Netflix. If you are a current Netflix subscriber, you will lose access to popular shows like Friends and The Office as well as Disney, Pixar and Marvel content. Hulu is losing South Park and Rick and Morty, which will stream on HBO Max, while Disney, which owns much of Hulu, will be adding shows from the FX network to that service, to try to replace some of what Hulu will be losing to HBO Max and Disney+, That means those shows will be leaving Netflix and Amazon Prime. In anticipation of an exodus of licensed content, Netflix has been improving its offerings of exclusive original programming and has turned itself into a film studio, producing 2019 Oscar contenders like Martin Scorsese’s The Irishman and Noah Baumbach’s Marriage Story.

Many observers, analysts and media critics view the fragmentation of the streaming market as a bad thing for consumers, and their reasoning is straightforward and simple to understand: You used to be able to get almost all available streaming content with a Netflix subscription, and now that content is scattered across a bunch of services that each require separate subscriptions. Outlets such as Vox, NPR, the New York Post, and the New York Times, have promulgated various arguments, with varying degrees of persuasiveness and sophistication, that streaming television is becoming more like the traditional cable television packages that younger consumers have been abandoning over the last decade.

However, overly pessimistic forecasts about the streaming landscape either gloss over some of the really awful characteristics of cable that streaming will never replicate, fail to consider the benefits to consumers of aggressive competition among streaming providers, or don’t accurately reflect how streaming consumers use these services.

The end of the cable monopoly

In many places, consumers have access to only a single provider of cable television services. Even where there are several available cable companies, switching between them is difficult and costly. Users may be locked into contracts that they must pay early termination fees to escape, cancelling service often requires a lengthy interaction with several different customer service representatives, and getting rid of a provider often means returning their equipment, either by shipping a heavy cable box back to the provider or by taking the box to a cable company store. Additionally, getting set up with a new service may require a technician to visit the user’s home, and will require the user to learn to use a different cable-box user interface and a different remote control, which can be difficult for the older users who remain loyal to cable.

In other words, cable subscribers are largely stuck with their providers, and the providers treat them accordingly. Cable companies charge users fees for features like DVR, equipment rental or access to cable service on a second television.

Any writer arguing that the streaming wars will leave streaming customers as badly off as cable customers should take a look at some cable bills, because they might be surprised at what cable providers are charging many of their customers.

Netflix is far cheaper than cable and deserves praise for pioneering streaming as an alternative to the cable bundle. However, while it has reigned as the primary provider for streaming television, it has unilaterally increased rates on users several times. After starting with a single streaming plan for $7.99 per month, Netflix has diversified service into three tiers: a basic plan which allows streaming on a single screen in low resolution for $9, an HD plan which allows simultaneous streaming on two screens in HD resolution for $13 and a $16 premium plan which offers some content in 4K resolution and allows simultaneous streaming on up to four screens. Netflix increased the pricing on the basic plan by $1 and the price of the standard and premium plans by $2 in April 2019.

But with the launch of AppleTV+ and Disney+, the days of price hikes may be over. While Disney’s product has launched with far less content than is available on Netflix, the pricing is extremely aggressive—$6.99 per month or $69.99 for a year, and it allows simultaneous viewing on four screens. And in the lead-up to its launch, Disney offered pricing below $5 per month to users who were willing to pay in advance for three years of service.

AppleTV+ similarly launched with a fairly limited lineup of initial content, but Apple is pouring $6 billion dollars into producing original content for its service, and it is pricing it at $5 per month or $50 per year and giving a free year of access to anyone who buys one of its devices. Matthew Ball, the former head of strategy for Amazon Studios and a widely respected oracle on the subject of the streaming wars, argues that Apple, Disney and AT&T are positioning their respective streaming platforms as loss-leaders for larger ecosystems of services or devices, which will put a lot of downward pressure on pricing for all video streaming services, especially as Apple and Disney start to roll out more original shows on their platforms, and begin to offer value similar to Netflix at a lower price.

The price isn’t really the price

One other thing that a lot of analysis fails to consider is how users actually consume these services. None of the streaming services require a contract, so users can cancel their subscriptions at will and resubscribe for a month whenever they want to binge a new show. If you use Netflix mostly for Stranger Things and Bojack Horseman, you can subscribe for one month of the year, binge those shows over the course of a couple of weekends, and then drop the service until there are new seasons to watch.

To try to entice you to stick around, Netflix and its competitors have to constantly release new stuff you’ll want to watch. But most users only have a finite amount of time to watch TV, and with each service pushing out so much content, nobody really needs to subscribe to all the different streaming services simultaneously.

Many users will likely subscribe to a couple at a time, switching among them at various points in the year to see all the most popular new shows. Disney+ and AppleTV+ are offering discounted pricing to subscribers who commit to 12 months of service in order to encourage people to stick with their service. Netflix isn’t offering a comparable package, but this new competition may put pressure on it to do so. If you’re willing to spend $20-30 per month on streaming, far less than what pay cable has cost in the past, you’ll get more TV than you can possibly watch.

And if switching among services seems like too much effort, there are other ways to get access to content without paying for all of it. According to a CNBC survey, 10 percent of users overall and a third of millennials admit to sharing logins to streaming services. It is common for adult children to continue to use their parents’ logins after moving out of the family home, and for people to continue to use former roommates’ or romantic cohabitants’ subscriptions after those relationships end.

Netflix occasionally rattles its saber and threatens to crack down on sharing, but it has never done anything beyond limiting the number of screens or devices that can simultaneously stream on a single account. With new services launching that permit more simultaneous streams, it becomes increasingly unlikely that any of these services will put itself at a competitive disadvantage by burdening users with measures designed to make password sharing more difficult. As a result, many users will subscribe to a couple of services and swap passwords with friends or relatives to gain access to the rest of them.

Analyses that look at the price of streaming by adding up the prices of simultaneously subscribing to all the competing services therefore fail to consider the reality of how these products actually get used. Many consumers will avail themselves of all the best shows on these various platforms without ever simultaneously paying for all these subscriptions, either by flitting between services or by swapping logins.

Streaming will never be as bad as cable

While pessimists characterize the streaming wars as the segmenting of content into gated fiefdoms, each with a separate subscription fee, it is also true that we’re seeing the biggest media companies competing very aggressively to offer better content at lower prices than their counterpart services. Some of these services will offer really good value to consumers, and those that don’t will quickly become irrelevant. And even the combination of all the existing and upcoming streaming services won’t add up to the extortionate prices monopoly cable companies impose on the users who stick with their antiquated services, and imposed on all pay TV subscribers as recently as a few years ago.

Daniel Friedman is the Edgar Award-nominated author of Don’t Ever Get Old, Don’t Ever Look Back and Riot Most Uncouth. Follow him on Twitter @DanFriedman81.