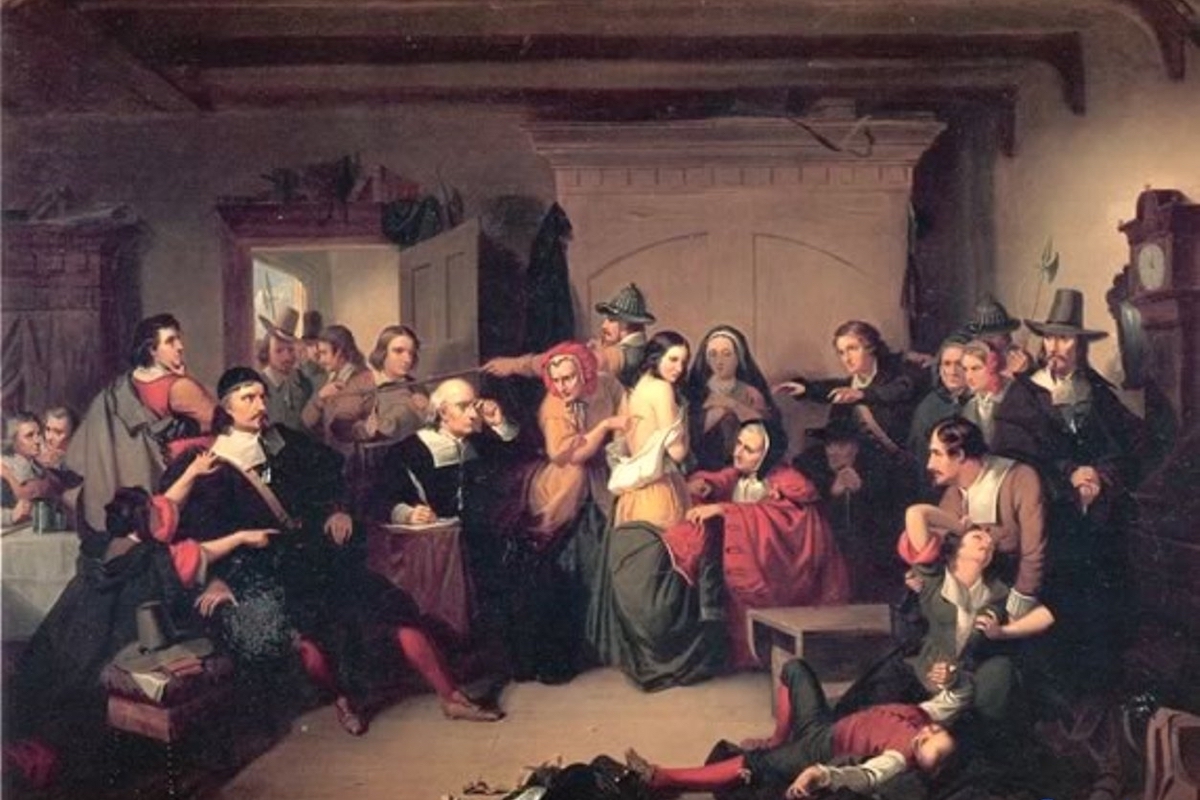 Almost 40 years ago I read Nikolai Berdyaev’s The Russian Revolution, in which he makes the case that Soviet Communism was essentially a religion in the mould of Christianity, with its concept of original sin (expropriation of labour), priestly class (the Communist Party), The Final Judgement (The Revolution), purification through penance (communal labour), holy scriptures (Das Kapital and The Communist Manifesto), and so on. The book had a great influence on the subsequent development of my thinking about politics, morality and society.

The power of this book’s message has probably been much diminished by the collapse of Soviet Communism nearly three decades ago now. But, like the famous aphorism attributed to G. K. Chesterton that, when men stop believing in God, they don’t believe in nothing, they believe in anything, Berdyaev’s core insight that when religion is displaced it tends to be replaced by religion in another form retains its validity. Of course, I am not here interpreting religion in the narrow sense of belief in an all-powerful deity who commands our obedience. Rather, I am looking to consider religion from a more functional perspective, seeing the role it serves in the inner life of a human being and of the community he or she belongs to.

I want to argue here that the essence of religion, what impels people to believe in God and what causes that belief to impact on how they live their lives, is the fact that it addresses a fundamental human need for moral certainty. It is not only religious “zealots” who get obsessed about good and evil. All human beings do: some more, some less, some in the name of this God some in the name of that, and others in the name of some other cause, which might even be atheism, or atheistic communism. For, ultimately, how are we able to make value choices? Plato famously argued that we cannot, since we always choose that which we prefer. To transcend personal preference, values must in some way be exogenous. But then we encounter the famous aphorism David Hume laid out in A Treatise of Human Nature that we can’t derive an “ought” from an “is.” The rules of morality which govern our behaviour would thus appear to arise in some sense ex nihilo.

Indeed the mythologies of how religious codes evolved tend to have such a character. Moses comes down from the mountain with ten commandments; Mohammed received dictation from the archangel Gabriel; the brass plates bequeathed to Nephi become the basis of Mormon scriptures; Jesus as God’s son was privy to knowledge of the will of the Father. But it is not these myths of origin which give moral force to the “commandments” but rather the commitment of a moral community. This is the truth to which David Hume alluded. Our moral compass takes its bearings not from abstract reasoning but from our life experience, which is more than just our own inner world and personal desires, but also our perception of the inner world of others and of their desires and expectations. In the words of Sir Roger Scruton, in his Gifford Lectures:

The metaphysical loneliness of the subject is not a historically transient condition. It is a human universal. As I have argued, the creature with “I” thoughts is accountable to others, and sees himself from outside, as an other in others’ eyes. The endless striving to unite the self who judges with the other who is judged is the religious way of life, and all the great religions are formulae for conducting this strife, through which we seek to be “restored by that refining fire/Where you must move in measure, like a dancer.”

When we think of religion, as Scruton does here, as that which we embrace as the means to address this fundamental human need to transcend ourselves and our natural state of metaphysical loneliness, we understand better the dynamic which drives the development of human society. We seek meaning and value but these things only come in our relationship with the world beyond. We require moral certainty because doing “the right thing” usually comes at some cost to us and we want the assurance that our efforts will be appreciated as such.

But more than that, we also become evangelists for our moral framework. In the event that not everyone recognises our actions in pursuit of our values as worthy, we seek to dissuade them from their criticism, first by entreaty and then if necessary by coercion, usually in collusion with like-minded others. Similarly, we engage in polemical criticism of those whose behaviours we see as not aligned with our moral compass, although rarely to their face; instead we share our views with those whom we expect to be sympathetic to them on the premise that the amplification of criticism of the behaviour may eventually result in its modification. However equally important for the person making the criticism is on many occasions the burnishing of credentials (also known as “Pharisaism”), whereby public demonstration of our commitment to the highest moral standards serves mainly as a means of enhancing or protecting our reputation (usually at the expense of those being criticised).

It is not difficult to detect such behaviours these days on social media where more and more people (probably yourself included) spend voluntarily an ever-increasing amount of their free time (and sometimes of their work time). We also see this in the way social issues are increasingly portrayed in the media. For example the way those on the left classify themselves as “progressive” is clearly intended to imply that anyone who disagrees with their political agenda is regressive. But a moment’s thought allows this tactic to be seen for what it is: a self-serving strategy to occupy the moral high ground without having to engage in any real moral discourse.

A common game plan is generally followed along the lines of what used to be called a “witch-hunt.” First some selected “facts” are adduced. These are interpreted as evidence of discrimination, disrespect or some other injustice perpetrated against a victim, or more often a group with designated victim status. Notably the behaviour is frequently deemed to be offensive to the group (so intrinsically not capable of detection or measurement), rather than any evidence being adduced that any offence was actually caused to any real people. Further, such “offence” as is taken to views purportedly expressed is more often than not attributable to selective second-hand reporting, broadcast in a shotgun manner, by the witch-hunters themselves seeking to stoke the fires.

A classic recent case was that of Roger Scruton’s peremptory sacking from his role on a government housing committee earlier this year, following what was recognised subsequently as selective dissemination of a few out-of-context excerpts from an interview by George Eaton, the deputy editor (until subsequent demotion) of the New Statesman. This was reported at the time as “intellectual bigotry mak[ing] everyday racism more acceptable.” Following his reinstatement three months later and full apologies both from the government official responsible and from the New Statesman, Sir Roger’s side of the story has been made public in the pages of the Times and of the Spectator; in both cases behind a paywall, so there is little risk that any of his detractors would have their tranquility disturbed by being made aware that their rush to judgment may have been precipitate.

And, as with moral crusades in the past, virtue and vice having been distinguished and the latter having been exposed, it is for the high priests who are the custodians of moral certainty to prescribe how atonement and salvation are to be achieved. So it is that, following each new scandal or injustice uncovered, the clamour increases for a new commission or regulatory body with quasi-legislative inquisitorial powers. For those charged with such onerous responsibilities as custodians of public morals, it is never enough that the letter of the law is adhered to or duties half-heartedly discharged. The public must be seen to celebrate and take pride in the new moral framework which has been imposed on them, join in chorus to condemn those who hold to the old ways and testify to the great social improvement and enhancement of justice which is being achieved thereby. And, should they fail to do so, they should be “called out” as the collaborators and facilitators of wrongdoing which they are.

So what we are seeing in society today is not really a new phenomenon. We could perhaps learn something from the past here, observing that it has rarely been the case that those who diagnose the illness are at the same time the best qualified to prescribe the cure. So it was in Old Testament history that the prophets criticised the moral failings of society and its rulers, but a different kind of wisdom or disposition was seen as being required to rule as king or emperor: Zadok the priest and Nathan the prophet anointed Solomon, not themselves, as king. Similarly in Christendom, the Holy Roman Emperor was anointed and admonished by the pope but it was he not the pope who governed.

We may like to believe of ourselves that we have “moved on” in dispensing with the need for prophets or a priestly class who sit in judgment on those who wield power in the secular realm. But to what extent have we merely changed one problem for another?

Colin Turfus has a Ph.D in applied mathematics from Cambridge University and works as a quantitative analyst in financial risk management. He is co-founder of the website www.societalvalues.co.uk