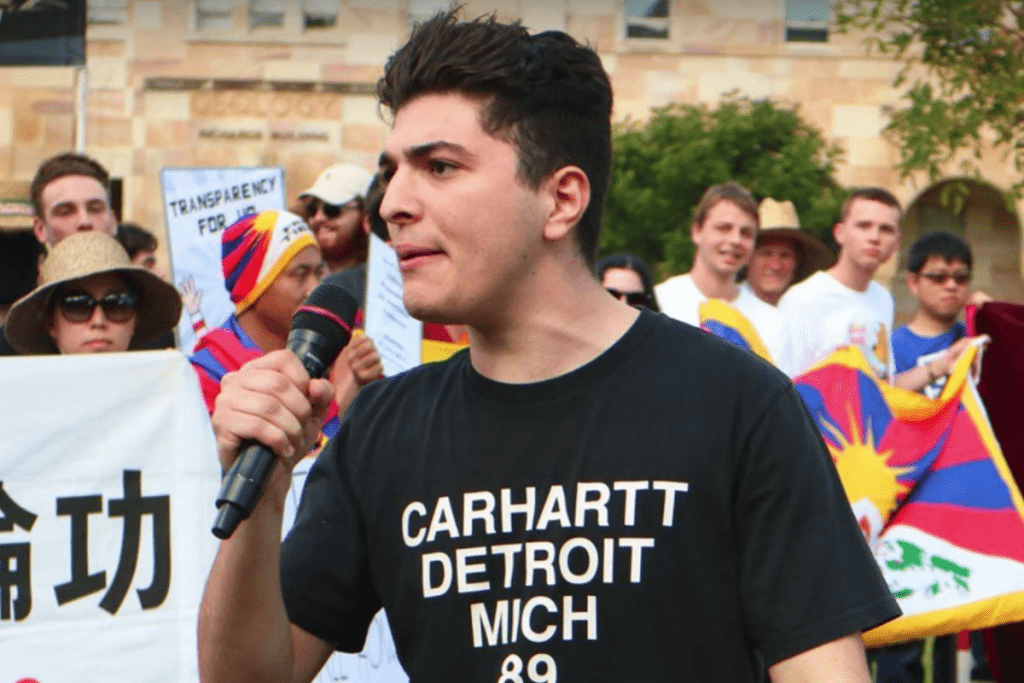 For years now, Australia’s conservative media have been awash with dark forebodings about the threat that leftist radicals pose to free speech on campuses. The Institute of Public Affairs, a right-wing think tank, published an audit of free speech in 2018 that found a staggering 83% of Australian universities are actively hostile to free speech. My personal experience suggests that such fears are exaggerated by those seeking to import an American-style culture war into Australia.

I’m a third-year undergraduate student at the University of Queensland, and I’ve never encountered the kind of ultra-leftist “social-justice warrior” types that apparently make sport out of persecuting conservatives. In truth, the vast majority of students on campus are depressingly apathetic, apolitical and disengaged.

No, the real threat to freedom of speech that I’ve observed originates with a corporatized university administration that relies heavily on external sources for funding—and so is inclined to discourage views that may irk those controlling the purse strings. This is reflected in the way Australia’s universities are responding to student criticisms of the Chinese Communist Party.

After years of austerity measures implemented by conservative governments, Australia’s publicly-funded higher-education sector is barely solvent. Our universities have responded to these cuts by extracting hundreds of millions of dollars annually from often under-prepared and socially vulnerable international students. Many of these students come from mainland (i.e. communist) China. University administrators know the Chinese Communist Party (CCP) is a bad-faith partner. Offend Chinese state sensibilities, and Beijing might just close the taps on this lucrative student stream.

Surely, principled administrators would have the gumption to resist such pressures, right? Not so much. The University of Sydney is perhaps Australia’s most prestigious university. Yet it put a temporary block on Jetsun Jamphel Ngawang Lobsang Yeshe Tenzin Gyatso—better known as the 14th Dalai Lama—when he was scheduled to speak on campus in 2013. (The university reversed course after an outcry.) University of Sydney also is one of a dozen Australian schools that host co-called “Confucius Institutes,” which are nominally dedicated to teaching Chinese language and culture, but which a former Communist Party official flatly admitted to be “an important part of China’s overseas propaganda set-up.”

A similar pattern is reasserting itself amid news of clashes between student protestors and police in Hong Kong, this time at the University of Queensland, a global top-fifty research university situated on a leafy bend of the Brisbane River. The school has threatened, harassed and bullied students who are vocal in their criticism of the university’s close ties to the Chinese state. I know, because I am one of those students.

It started back in July, after my hometown university appointed China’s Brisbane Consul, General Xu Jie, to an honorary professorship. Along with a group of fellow students, I hosted a peaceful sit-in at UQ’s Great Court during orientation week, the busiest time of year on campus. We led chants against the administration, and denounced the school for effectively working with the CCP while it locks up and persecutes legions of Uyghur Muslims, and savages Hong Kong protesters. It was during this peaceful demonstration that we were assaulted by a co-ordinated group of pro-Beijing supporters. At one point, a thug wearing a mask depicting skeletal teeth snuck up behind me and struck me. The intent was clearly to silence criticism of the CCP through violence.

Meanwhile, the Chinese state-run publication Global Times identified me by name under the headline “Chinese consulate in Australia praises patriotic students for counter-protest against separatists” (these would be the same “patriotic students” who attacked me). Along with other China critics, I was viciously trolled on social media, with one Instagram user instructing me that he would hire an assassin to kill members of my family.

Following this incident, I launched a law suit against Xu Jie, to compel him to apologize and retract his comments. But UQ’s response was to crack down on Dr. Xu’s campus critics. Which is perhaps not surprising when you consider that UQ’s Vice-Chancellor, Peter Høj, was until recently a consultant to the headquarters of the Confucius Institute (which has co-funded credit-bearing courses at UQ, including one called “China in a Changing World”). At one point, school officials sent out a survey with questions such as “Thinking about the situation at UQ, do you view the Hong Kong protests as giving China a bad name for no good reason [and] unfairly criticizing China?”

When we resolved to hold a second protest on July 31, the university pressured us to cancel the event—even calling me out personally in a July 25 crisis meeting, where UQ Deputy Vice-Chancellor Joanne Wright instructed Student Union leaders to block my upcoming event. On July 26, a UQ official sent me an email requesting I attend a disciplinary meeting for ostensibly unrelated matters. The meeting was to take place on July 31. How convenient.

When it became clear UQ could not stop the protest from going ahead, the administration called me and two other student-protest organisers—Ji Davis and Maddy Taylor—into a security meeting, where we were given a list of conditions to comply with if the protest were to go ahead. One was that we move the protest from the Great Court, the symbolic heart of the university and the busiest place on campus, to a non-descript location behind a car park. This would be the specially designated “Free Speech Zone’’ for the day. UQ’s Head of Property and Facilities then made what I interpreted as a veiled threat to our future enrolment, telling us “we like you being students at the university and want this to continue into the future.’’ After the meeting, the same official sent an email informing me that the protest would be dispersed if we held it on the Great Court.

Undeterred, we went ahead with the protest on July 31, holding it in the Great Court. Hundreds of students attended, as did protestors affiliated with Falun Gong, and Brisbane’s Tibetan and Hong Kong communities. It was conducted peacefully. And predictably, the university blinked first. Maybe someone inside the administration came to the realization that instructing police to haul away hundreds of peacefully demonstrating students criticising the university wouldn’t provide the best look for the assembled media.

Sadly, our protest didn’t accomplish much. To this day, Xu Jie remains listed as a professor on UQ’s website despite his implicit endorsement of violence against students, and his ongoing status as China’s Consul-General in Brisbane. Heng Tao Shen, who helped build the totalitarian surveillance architecture used by the Chinese government to monitor Uighur Muslims, also holds an honorary professorship at UQ. In fact, he developed this technology while working at UQ with government funding.

Writing in October, a Financial Review columnist described me as “the human manifestation of an extraordinarily delicate balance Australian universities have to strike between their financial interests and social and intellectual responsibilities.” That’s a euphemistic way of saying that our universities must choose between free speech and academic integrity, or moneyed interests. The fact that UQ and other universities even have to make such a decision shows what happens when public institutions are stripped of the resources they need to operate. They’ll get the money somewhere, and society will pay the price in a currency more dear than dollars and cents.

Drew Pavlou is a student at the University of Queensland, recently elected to the UQ Senate. He Tweets at @DrewPavlou.

Featured image: The author, leading a protest at University of Queensland.