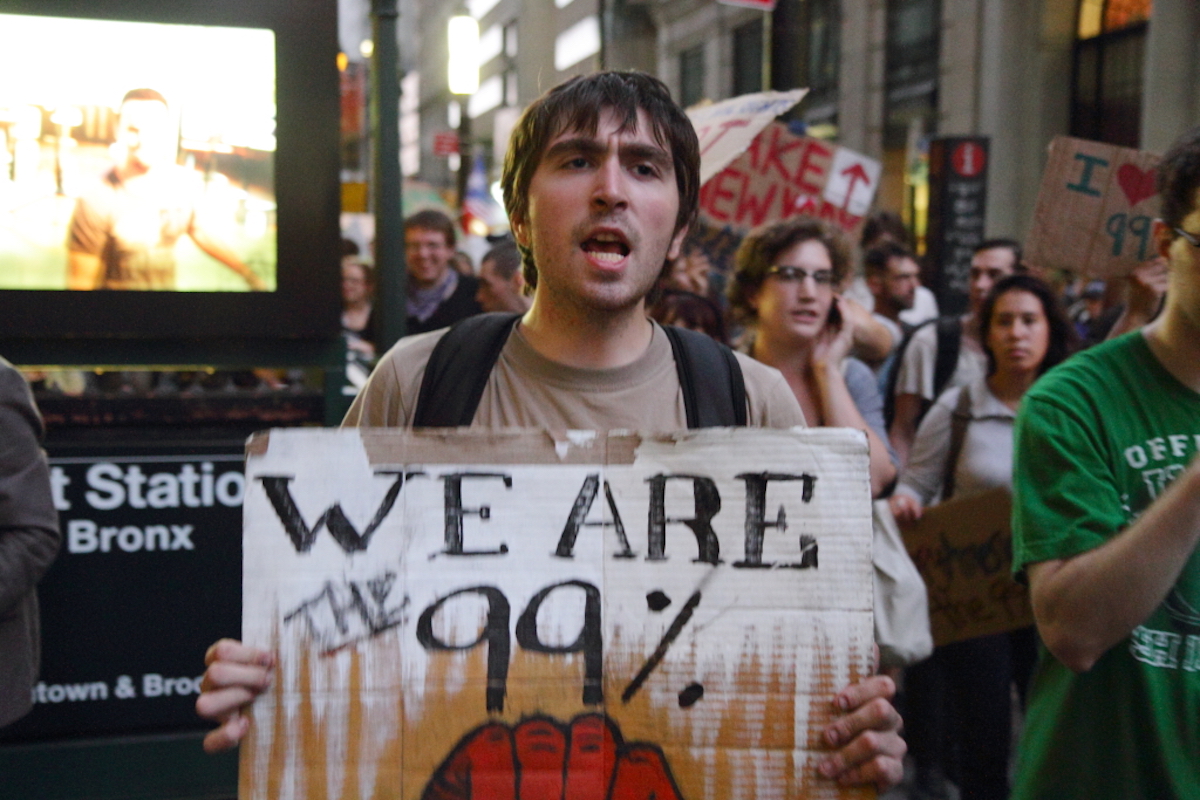 In a recent article for Quillette entitled “The Argument for Equality and Fairness,” Matt McManus attempts to rebut the charge that the Left is motivated more by a hatred for the rich than concern for the poor. McManus’s main argument, drawing on John Rawls’s A Theory of Justice, is that while some on the Left may be motivated by an abiding resentment of the rich, sound arguments for policies designed to redress naturally occurring inequalities have merit independent of that antipathy. But McManus’s argument doesn’t answer—or even attempt to answer—the question of how can we tell the difference, or why a reasoned argument for redistribution is so frequently discarded in favor of a bitter hatred of the wealthy, successful, and fortunate.

It is interesting that McManus uses John Rawls’s A Theory of Justice as a launching pad for his argument about what the Left gets right, because it is the same example used by Thomas Sowell in his book The Quest for Cosmic Justice to make precisely the opposite argument. Equality of opportunity is not enough, according to Rawls, and a deeper conception of fairness would entail providing everyone with equal prospects of success. Sowell prods at this view by drawing a distinction between “traditional justice,” where individuals abide by the same social and economic rules and processes, and “cosmic justice,” which “seeks to mitigate the undeserved misfortunes arising from the cosmos.” The problem, in Sowell’s view, is that cosmic justice can often come at the expense of traditional justice, insofar as “this conception of fairness requires that third parties must wield the power to control outcomes, overriding rules, standards, or the preferences of other people.”

In other words, the attempt to create equality between individuals despite societal processes (such as market forces or the rule of law), tends to create an elite caste of decision-makers, leading to government overreach and the inevitable slew of unintended consequences. So, if people are willing to override the rules of the game to achieve a desired result, such as wealth parity, there is a good chance that cosmic justice is subordinating traditional justice. Traditional justice would involve focusing on policy proposals that, universally applied, might help specific segments of the population in specific ways, while cosmic justice seeks to blame every inequity on the self-interested actions of powerful individuals that need to be corrected by morally superior and more enlightened decision-makers. It is the difference between steering societies rather than attempting to determine them.

It’s healthy and normal to want to rearrange society according to what seems fair to us personally, but the question is how far we are willing to go to ensure an equality of outcomes at the expense of an equality of process. It is not necessarily a reflexive defense of the status quo to be sincerely concerned about the possible side-effects of the former, and yet many on the Left seem to assume it is the only explanation which gives rise to the frustration and anger McManus identifies.

Another important distinction concerns whether a person is preoccupied with fetishizing a political issue or taking practical steps to address it—the theorist or polemicist who fulminates about racism versus the economist who formulates policies designed to alleviate hardship. As the critics of the Left cited by McManus in the first half of his essay point out, many progressives seem to derive more pleasure from denouncing what is wrong with the world than figuring out what can be corrected and how. For instance, we hear a great deal about the injustice of wealth disparities in society, and how these disparities reflect inequalities of race, gender, and class. But it’s not obvious that such gaps represent any kind of problem—or, indeed, what that problem is—unless we delve into the specifics.

It might seem unjust in a cosmic sense that some people are billionaires and others work at the checkout counter of Whole Foods. But shouldn’t we be more concerned with improving the actual conditions of the poor, perhaps through an expansion of social safety nets or incentive-based job programs, than with the fact of inequality itself? I am not convinced that this fixation on diagnosing problems over developing solutions is the exception on the Left. In my experience growing up in a left-leaning bubble and traveling in predominantly left-leaning circles, I would say this phenomenon is closer to being the rule, because simply venting about the problems of the world allows us to signal concern for the underprivileged without doing the hard work of formulating the steps needed to solve complex social problems.

In The Content of Our Character, black conservative writer Shelby Steele contends that the obsession with innocence is an entrenched vice of post-civil rights liberalism. For example, environmentalists who fly to conferences to fret about looming climate catastrophe may be entirely earnest in their concern for the wellbeing of the planet, but there seems to be a hidden investment in their apocalyptic thinking that is inconsistent with how they actually live and behave. That hidden investment is the moral certainty derived from a belief in our own innocence—although we all participate in the society we hold responsible for the evils we condemn, we believe we can somehow exculpate ourselves by denouncing others. Steele identifies a relationship between the inward guilt we feel for our relative advantages and our self-aggrandizing displays of innocence. Progressive venom and bitterness, he argues, are simply a means of coping with that guilt. The religious zealotry and self-flagellation of radical anti-racism activism, whereby the privilege conferred by skin color is held to be an ineradicable sin that requires endless displays of atonement, is illustrative of this underlying sense of guilt. Sensible progressives seldom call out this narcissistic behavior, which creates space for conservatives to win over fence-sitters.

McManus identifies a vexing problem particular to the Left, but he doesn’t explain where it comes from or how it might be ameliorated, so more penetrating criticisms of the Left that might actually help improve it are left unexplored (although, as he mentioned in his essay, he has attempted to describe what a more engaged Left might look like here). Because there are rational reasons, like those advanced by Rawls, to oppose inequality, McManus appears to dismiss the underlying bitterness that disfigures attempts to address social injustice and which can send potential allies into the arms of conservatism and liberal centrism.

Disenchantment with the Left is not simply a matter of refusing to use certain pronouns, or a feeling that one’s privilege or advantage is being threatened—it is often produced by a powerful sense that something has gone wrong with how the Left engages with reality and a rejection of its eagerness to stigmatize its opponents. At a time when we are faced with declining public health and increasing class stratification across the West, when automation threatens to derail our relationship to work as we know it, and when cultural polarization has made the effort of marshaling a bi-partisan coalition to tackle these problems seem impossible, understanding why the Left alienates those it ought to be recruiting could hardly be more important.

Samuel Kronen is an autodidact interested in the intersection of culture and politics. After dropping out of college due to a chronic illness, he writes to get a better handle on reality. You can follow him on Twitter @SalmonKromeDome. He also runs a YouTube channel called The Invisible Man on the side.