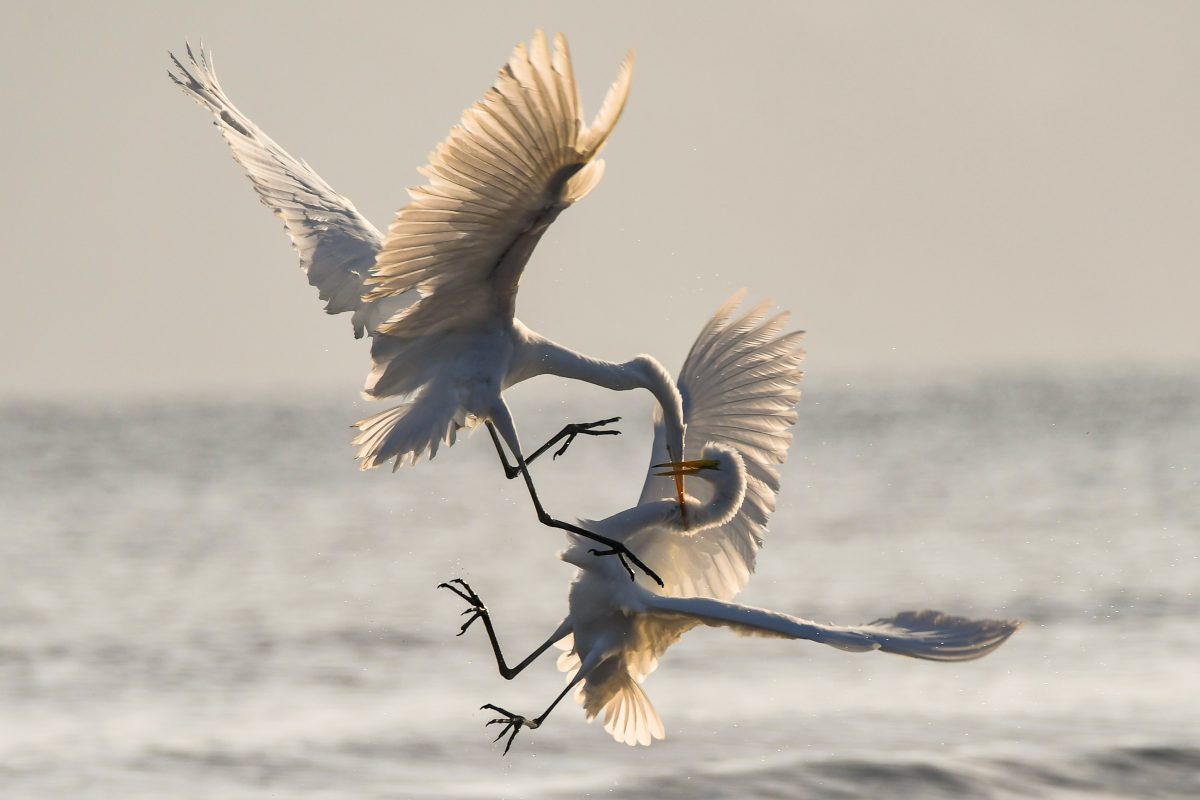 Earlier this year, Dr. Julia Shaw wrote an article for Psychology Today entitled, “Why Are We Not Outraged that Prisons Are Filled with Men?” in which she argues that there is something “pernicious” and deeply wrong with a system that incarcerates men at far higher rates than women. “Prison,” she explains, “has always been an almost entirely male structure. It’s hard. It’s cold. It’s unempathetic. It’s punitive. Practically every descriptor we use for prison prides itself in its masculinity.”

"It's not their hormones that make men more violent, it's their socialization" https://t.co/gAsUdh1FgL

Shaw says the heavily disproportionate incarceration reflects a lack of faith in men, who are then adversely affected by the experience of prison and the social stigma they are forced to carry upon release. And “what leads us to blindly accept that our prisons are full of men?” she asks.

I think it’s because we accept as dogma that men are naturally more criminal—particularly more violent—than women, thus they deserve to be incarcerated at higher rates. It’s about time we question this assumption.

As Shaw points out, men are overrepresented in prisons because they commit more crime than women and because, according to the FBI’s statistics, they do so in nearly every category of violent crime. This is especially true when it comes to homicide. The statistics Dr. Shaw herself cites in her article bear this out:

Since far more men are committing homicide than women, it follows that more men will be in prison for homicide than women. However, Shaw maintains that this does not reflect differences in the innate predispositions between men and women. The problem, instead, is the way in which society encourages different kinds of behavior in boys and girls from a young age. In the article’s final section headed “Toxic Masculinity,” Shaw writes:

Unfortunately, men are explicitly and implicitly taught by society that they don’t need to inhibit themselves when it comes to aggression. From when they are little, many boys are taught the harmful narrative that aggression and violence are just part of being a man. Pride, in particular, is deemed a masculine achievement, and violence as a means of defending it is often glamorized…It is irresponsible to socialize our boys thinking that they don’t need to control themselves, that they can hurt each other without consequence, that it’s uncool to act in a respectful and calm manner towards others.

Shaw does not produce any evidence in support of her contention that boys are socialized in this way while girls are taught to “be cautious, be empathetic, be kind.” Nor does she mention that a great deal of research appears to contradict her hypothesis. She fails to disclose, for instance, that numerous studies report that the asymmetry of greater male violence is cross-cultural—it is not a phenomenon only found in WEIRD (Western Educated Industrialized Rich and Democratic) populations but also in small-scale societies.

Shaw’s socio-cultural explanation implies that all human societies socialize boys and girls in the same way, resulting in the consistent sex difference in rates of violence that we see across human societies and cultures. This is deeply unlikely, given that societies across the world vary immensely in their socio-cultural attitudes and arrangements.

Additional data show a virtually identical pattern of the sex difference in violence in chimpanzees. In one study of chimpanzees, 92 percent of attackers and 73 percent of victims of attacks were male. The disparity is not just observable in humans and apes, but across numerous other species in which males show greater tendencies toward violent behavior and aggression.

Shaw’s explanation cannot account for the consistent pattern of greater male violence in most other mammals. Is it plausible that males of other species (like, say, the rhinoceros beetle) are learning violent behaviors from socialization or culture, rather from their biological endowment of greater size, strength, muscle mass, more circulating testosterone, weapon-like phenotypes, etc., all of which are a likely consequence of the intrasexual competition predicted by parental investment theory? If Shaw wishes to make this case, she needs to show her work. Prima facie, it is unlikely that the sex differences in violence in humans, which are consistent with other closely related species, would all be mysteriously erased and then re-expressed exactly in accordance with the pattern found in other species but as a result of socialization.

The question then is not “Why are men so violent?” but rather “Why has violence been declining?” As Steven Pinker and others have argued, the world has become less violent over time as humans have used socialization to tame, constrain, and pacify our barbarous natures. Parents and education institutions are constantly telling young boys to keep their hands to themselves, to stop fighting with their brothers and sisters, to be nice and share, and so on.

As prominent neuroscientist Dr. Robert Sapolsky has said: “[testosterone] prompts whatever behaviors are needed to maintain status.” For example, research has shown that, in an economic Ultimatum Game, in which two players have to decide how to split a sum of money, higher levels of testosterone can actually enhance generosity. Testosterone increases the amount of money that a player will give to another when the game is set up in such a way that one’s status and reputation rest upon the appearance of fairness.

In this respect, the socio-cultural argument for aggression gets a boost because the testosterone-aggression link is less about testosterone causing X behavior and more about the kind of behaviors that our society rewards in the first place.

Nevertheless, that does not necessarily invalidate testosterone’s facilitative affects on male violence. Situations in which violence is expressed are often risky, competitive, and revolve around social status. Additionally, her argument in this section does not entirely rule out biological influences on the sex difference in violence in humans—it only shows that researchers previously underestimated the complexity of testosterone’s effects.

I am not arguing that men as a whole are far more violent than women, nor that every man is more violent than every woman. However, when talking about violent criminals we are not talking about average levels of aggression, but extreme levels of aggression. Even if two normal distributions heavily overlap, slight differences in their means can lead to rather dramatic differences in the tails of the distribution curve. Therefore, even if men as a whole were only moderately higher in physical aggression than women as a whole, at the extreme end of the distribution of highly aggressive individuals, almost all of them will be men.

At the end of the article, Shaw writes, “We must be careful not to facilitate violence by misguidedly thinking it is simply part of the masculine experience.” But what if the “misguidedly” here is incorrect? If men really are naturally more predisposed to aggression, is Shaw implying that we should not talk about it lest we aggravate the problem? By embracing this view, we risk allowing our understanding of sex differences in violence to be determined, not by the available data, but by her a priori assumptions.

The evidence that men are more violent and more criminal than women is overwhelming, and yet it doesn’t imply that all men are violent, deserve to be incarcerated, or are undeserving of our sympathy or compassion if they are imprisoned. The inability to separate empirical truths from potential moral and political implications is the biggest problem with Dr. Shaw’s argument and one of the biggest obstacles that lie in the path of a scientific understanding of human nature.

Alex Mackiel is an undergraduate psychology and English double major at Carleton College who will be joining the SUNY New Paltz Evolutionary Psychology Lab for graduate school. You can follow him on Twitter @ajmackiel