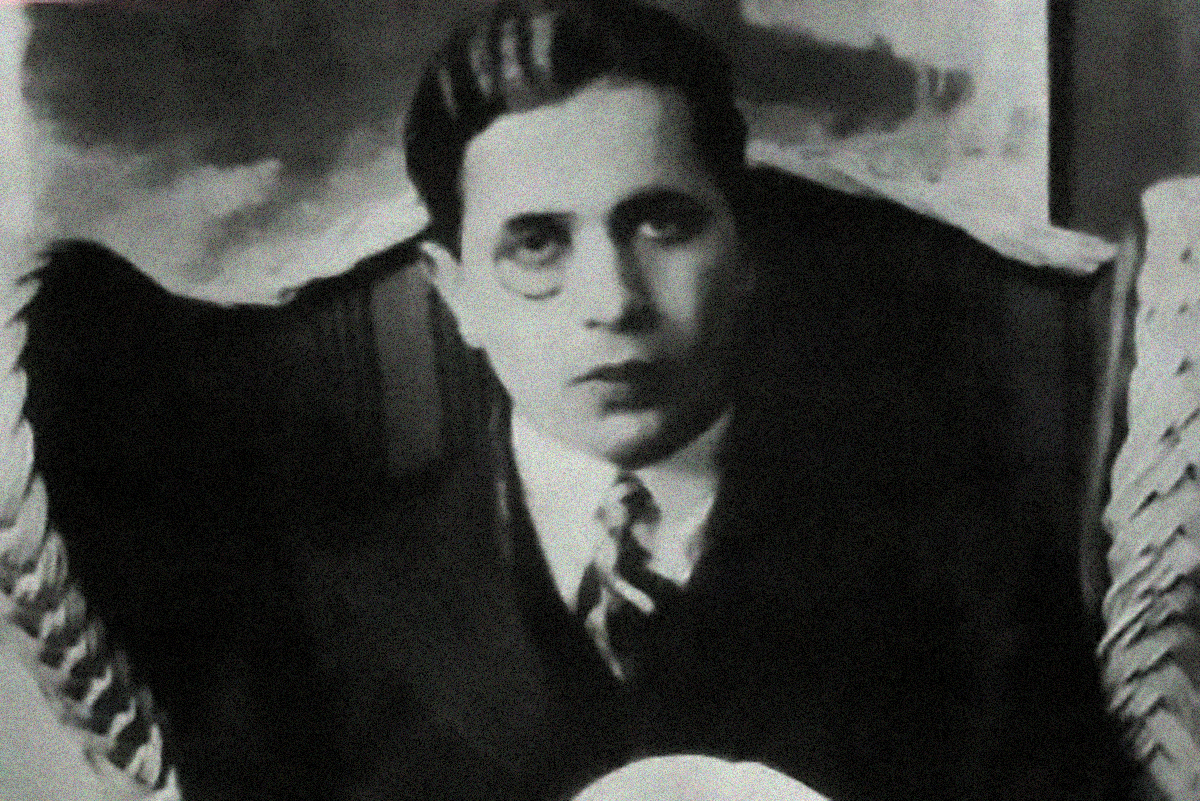 Had the poet George Faludy not written in his native Hungarian—arguably the most impenetrable of European languages—he would, as many have argued, be world famous. He died aged 95 in 2006, his life spanning the First and Second World Wars, the Russian revolution, and the Nazi and communist takeovers of his country.

Having achieved literary fame at 20, he would be imprisoned by both regimes and spend much of his life as an exile in France, Morocco, America (where he was a tail-gunner for the U.S. Airforce), and Canada, where he fled communism, only to find his lectures picketed and disrupted by campus leftists to whom his experience was an inconvenient truth. A ladies’ man all his life, he surprised the world by suddenly entering a gay relationship with Eric, a Russian ballet dancer, who’d fallen in love with Faludy in print and then rushed across the globe to find him. In his 90s, after communism fell and Faludy, returning to Budapest, achieved living legend status, he married a poetess 70 years his junior with whom he produced his verses right up to his death. Faludy ignored the rulebook, spurred on by the knowledge that a man like himself would never exist again. He was right.

But it was his battles with communism that really brought his life into relief, for the two were deadly opponents. There’s a telling story in his autobiography, My Happy Days in Hell (1962)—Nineteen Eighty Four, rewritten by the bastard offspring of Socrates, Oscar Wilde and the devil—in which he remembers an encounter with the Hungarian revolutionary László Rajk in a Budapest bar. Rajk, full of intensity, is preaching to Faludy about the shining communist future. There are two paths, Rajk says, that are open to man in future: the path of the proletariat and the path of the bourgeoisie. He who doesn’t follow the first automatically chooses the second and is to be treated as a traitor. Faludy, staring at two fiercely beautiful women across the bar, jokes to Rajk that there are probably hundreds of paths any man can take, but at this moment he intends to follow the path of these two women. For this flippancy, and his instinctive refusal to kiss the communist ring, Faludy was hated by Rajk thereafter. The feeling was mutual.

Fast forward several years and Faludy has returned from America to Hungary, drawn by the need not to miss out on his country’s descent into communism: “If I did not return home now, I should disown myself… I had one duty and only one: to be on the scene from the beginning of the battle…”  A new regime is in charge, old enemies are being hunted down, and Hungary’s intellectuals are divided into those in prison and those waiting to be arrested. Portraits of dictator Mátyás Rákosi, the new sheriff in town, share wall space with those of Josif Stalin, the real Big Boss. People’s past words and actions are scrutinised for thought crimes, the range of discussable topics seems to shrink every day, and most Hungarians choose to remain silent rather than risk personal attack. No one is safe: László Rajk, now propelled by his belief to high office, is about to pay the price: arrest by his comrades, trumped-up charges of spying, and death on the scaffold. Faludy himself, refusing to collaborate with the regime, is hounded by them and sentenced to decades in Recsk prison camp. Most are unsympathetic. One of his interrogators is cynically open-mouthed: “You came back from America for this?”

So much, so routine: there are hundreds of “I Saw Communism” memoirs, and each has something to say about the madness of crowds and the “woke” contagions of the present day. What sets My Happy Days in Hell above them is the character of Faludy himself. Steeped in classical learning, full of irony and with a strange “inability to suffer,” his response to totalitarianism is to treat it as dull, lacking in style and completely beneath his notice. “I regarded the communist ideology as I regarded any other ideology,” he wrote, “as a yoke, a thumb-screw which, even though imposed on millions and apparently greatly enjoyed by a few, still remained a yoke and a thumb screw.”

An air of dry comedy—espresso black—hangs over events. Many writers under communism, faced with arrest and interrogation on ludicrous charges, have written about their feelings of disorientation and panic; only Faludy gives us his boredom and distaste, his irritation with the  posturing numbskulls who threaten him and take him away from his poetry, his exasperation with the sheer mindlessness of an environment in which talk of sunsets is subversive and Plato is “a hireling of the Athenian bourgeoisie.” Sentenced to death, he spends his last night with the verses tumbling out of him, resulting in poems anthologized to this day. Later, worked to a skeleton and sharing a cell with others nearly broken by hard labour, he gives a course of lectures on literature and civilisation, delivered each week from a bunk-bed. One of them, characteristically, is titled “Women characters in literature with whom I’ve been in love.”

Faludy’s greatest weapon—what really allows him to swat away the mosquitoes of passing ideologies—is his delight in sensual pleasures. Schooled by the interwar tradition of Budapest café life—in which wit was paramount, morals were lax and every prayer was for another writer’s ruin—he was able to break off from his accounts of torture and imprisonment to write about what was so much more important to him: food, sex, nature, classical literature. There’s a Rabelaisian quality to the writing, a Dobos Torte richness that sees a brothel-madam go on for pages about the different kinds of women’s aureolae, and Faludy wax lyrical about the perfect wine to serve with spare ribs or the vital importance of how you stew a plate of beans. Accounts of the state destruction of the Hungarian landscape are preceded by haunting descriptions of it, full of ghosts reaching back to antiquity. Look, he says, how varied life can be, away from ideologies! What have we done to ourselves? And to what end?

Faludy stood out against his own time; he stands against ours. What would he make of Twitter persecutions, “offence archaeology,” the destruction of earned reputations and, to quote Stephen Spender, “the crowing of inferior talents”? How would he view the seeping of “woke” ideology into shaving and air-travel ad campaigns, the weaponization of the word “phobic,” the way social engineering seems increasingly to trump standards in education or the arts? He might have referenced Thucydides’ accounts of corruption, or written of Romulus Augustulus, the last Emperor of Rome. But in the main he would be unfazed, paying them the contempt of utter boredom, of glazed eyes and a yawn. The same old, same old: nothing new under the sun.

At one point in the book, Faludy lists all the ways in which he is hateful to the regime: he is well-travelled, and “therefore suspect,” he has a classical education which makes him “unreliable,” and he’s unable even to fulfil the “very modest” requirement of shutting up and pretending to go along with it. Besides, he adds, extending generosity to two members of the establishment eager to recruit him, “all three of us are fundamentally honest men; that is, men who must be wiped out.”

One can only imagine what the modern age would make of George Faludy: his virtues might count for nothing, while his vices would give his enemies a feast. “Problematic”? Elitist? Predator? Perve? Say what you like—Faludy took far worse in his day from the same kind of enemy and remained, in one contemporary’s words, the man all other men would like to be. His life, whatever its shortcomings, is a textbook example of how living well is the best revenge, how you can laugh away human absurdity even in the torture chamber, how you can survive and do daily private battle with—in that phrase of Orwell’s tailor-made for our times—“the smelly little orthodoxies which are now contending for our souls.”

Robin Ashenden is former editor and founder of the Central and Eastern European London Review.