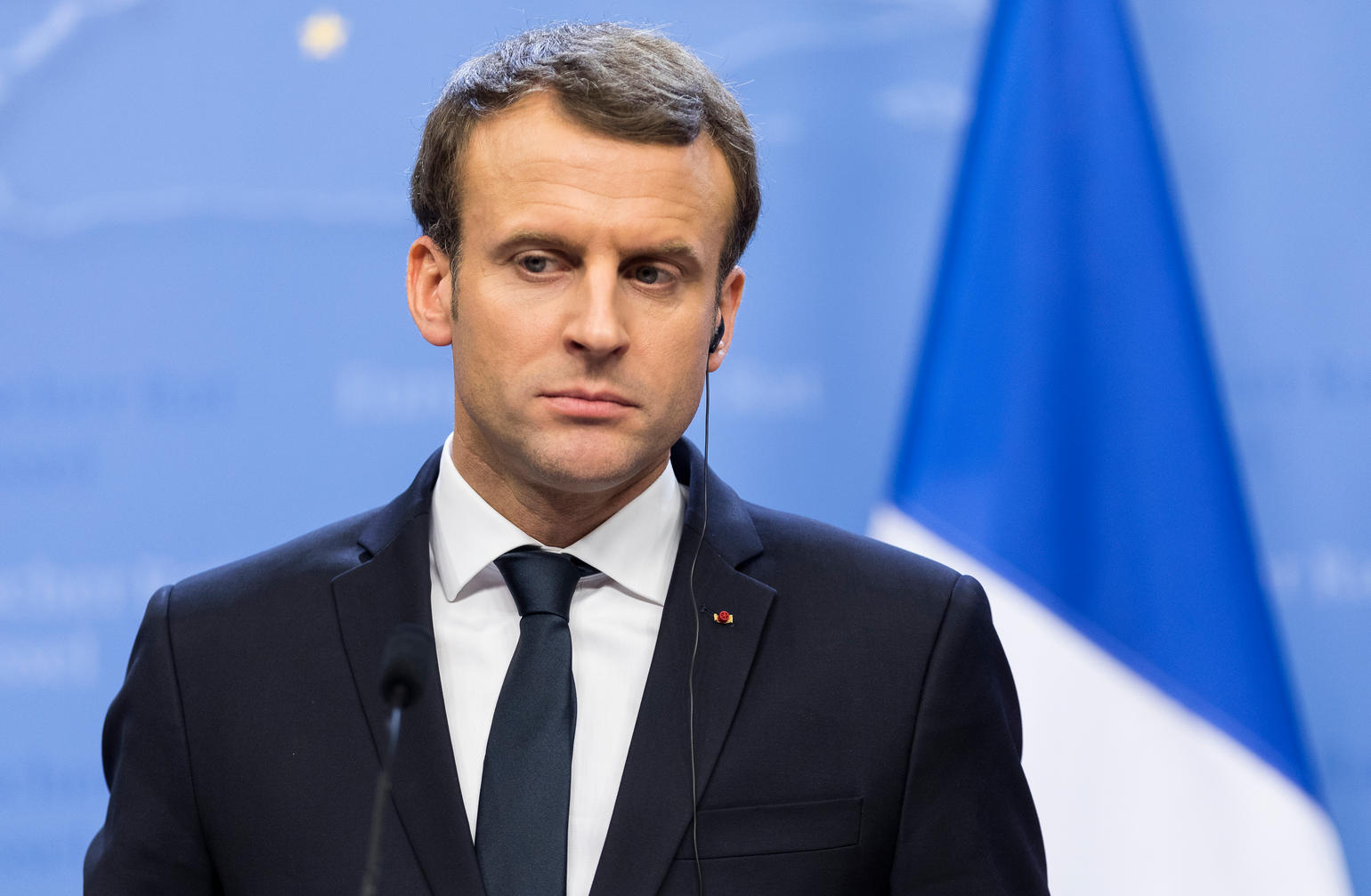 “The liberal world is suffering its greatest crisis of confidence since the 1930s,” columnist and historian Robert Kagan recently wrote in a major essay in the Washington Post,—reprising an analysis that has become familiar after Brexit, the rise of Alternative für Deutschland (AfD), and other shocks to the established political order in Europe and the West. This analysis suggests that, as in the 1930s and the Second World War, liberalism today is being confronted by “authoritarianism.” In response, the analysis counsels, liberals should either renew their appeal to voters by persuasively restating their intellectual foundations and historical accomplishments or promote a more muscular version of their creed.

For example, in an op-ed published in multiple European newspapers, French president Emmanuel Macron, also invoking the war,  recently proposed that to protect Europeans from the emotional appeals and manipulations of “nationalists” (increasingly a synonym for “authoritarians”), the European Union should impose “rules banishing incitement to hatred and violence from the internet,” enforce a single asylum policy with common acceptance rules, and introduce common social rights and wages for low-skilled workers across the continent. Such policies, he argued, were essential to European “renewal.”

Never do liberal intellectuals and establishment politicians like Kagan and Macron—whether on the left or the right—seem to entertain the possibility, as suggested by political theorist Yoram Hazony in the Wall Street Journal, that people may be “much less interested in becoming liberals than liberals had supposed” and that no amount of persuasion, arm-twisting, or economic incentives will sway voters toward their agenda. It also never seems to occur to them to try to understand what the discontented citizens of Europe who voted for Brexit or the AfD are actually saying, or to be open to changing their own minds about, for example, the principle of “an ever-closer” European Union or the merits of an open-borders immigration policy.

Their closed mentality was encapsulated by Martin Schulz, the former leader of Germany’s Social Democrats, when in the 2018 coalition negotiations he insisted on receiving more refugees. According to the Financial Times, Schulz put the matter this way: “Germany must comply with international law, regardless of the mood in the country.” In other words: when the people vote wrongly, when their emotions lead them astray, fire the voters.

In a recently-published study, I suggest that the cause of this intellectual rigidity may be that liberal politicians are incapable of entering a mindset in which liberal values do not reign supreme. I also propose that it is the establishment left and right’s one-sided emphasis on liberal values that has produced the deep rifts in our political culture and given rise to new political movements in Europe such as the AfD, the Brexiteers, and, in my own country, the Sweden Democrats.

The basis for this analysis is moral foundations theory, conceived by the social psychologist Jonathan Haidt and popularized in The Righteous Mind (2012). Haidt takes his point of departure from the now-accepted fact that humans are not born as moral “blank slates,” but rather are equipped with pre-wired morality. This pre-wired morality consists of a set of intuitions, evolved over eons, that Haidt describes as “moral foundations.” According to the theory, selection processes have favored the development of at least six of them: care, fairness, loyalty, authority, sanctity, and liberty.

This theory posits that all six moral foundations are the result of longstanding challenges faced by our primitive ancestors. They include “caring for vulnerable children [care], forming partnerships with non-kin to reap the benefits of reciprocity [fairness], forming coalitions to compete with other coalitions [loyalty], negotiating status hierarchies [authority], and keeping oneself and one’s kin free from parasites and pathogens [sanctity].” These five foundations also include the “adaptive challenge of living in small groups with individuals who would, if given the chance, dominate, bully, and constrain others [liberty].” Although they are ancient, these moral foundations also help humans respond to challenges that exist especially in the modern world. For example, the moral foundation of sanctity can be broadened to encompass chastity, sobriety, the maintenance of moral taboos, and reverence for religious rituals or national symbols.

Because genes, culture, and experience interact differently within each person, some people give greater preference to certain moral foundations over others. The particular mix of intuitions on which each person relies, moreover, influence his or her political views. Liberals and conservatives tend to rely on different sets of foundations—different “moral matrices.” Liberals tend to emphasise the importance of care, fairness, and liberty—and can struggle to recognise the other foundations as valid—whereas conservatives endorse all the foundations more or less equally, and view them all as mutually interdependent.

Like most American theorists, Haidt equates the terms liberal and conservative with left and right, suggesting that “Readers from outside the United States may want to swap in the words progressive or left-wing whenever I say liberal.” Yet his description of liberal and conservative moral matrices, in fact, correspond quite well to the European view of liberalism and conservatism. In the modern European political tradition, liberals are most concerned about the rights, liberties, and wellbeing of individuals. In contrast, conservatives are concerned about those values as well but also place limits on individual autonomy, endorse authority-based relationships, and embrace the virtue of sanctity, for example by regarding the nation in sacred or quasi-sacred terms. This is not a traditional left or right issue; there are liberals and conservatives on both sides of the establishment political divide.

The two moral matrices may, therefore, be employed as analytic tools for examining arguments and policies of the European left and right and discovering unexpected relationships between them. In my research, I suggest that the establishment left and right may have converged morally. In particular, the Swedish establishment parties, the Social Democrats and the liberal-conservative Moderates, have converged primarily on the moral foundations of care, fairness, and liberty, and this can be seen, for example, in their approach to both education and immigration.

In education policy, both left and right have long argued that schoolteachers have selfishly taken power over education away from pupils, and that a school system built on traditional pedagogy—based on the moral value of authority—and a classical view of knowledge, based on a set curriculum, is not in the best interests of young children. Instead, following a liberal view, pupils are to be given the freedom to choose, explore, and develop on their own (see my Quillette article with Magnus Henrekson on this topic).

"Sweden has gone the farthest toward abandoning a knowledge-based core curriculum and a pedagogy in which students internalize and learn to apply knowledge under the teacher’s instruction and supervision." https://t.co/ccQqnKWgms

Likewise, the establishment left and right’s concerns about asylum seekers—their personal wellbeing and freedom of movement—led them to jointly pursue a liberal immigration policy under which Sweden accepted an unprecedented number of refugees. In 2015, the top year for refugee admission, the number of asylum seekers who arrived in the country greatly exceeded the number of native births. In doing so, they did not consider trade-offs or potential costs to Sweden, going so far as to question whether Sweden had a national culture of its own that is worthy of preserving.

In both cases, the left and the right were consistently—but unintentionally—blind to the moral foundations of loyalty, authority, and sanctity.

What has also united the left and the right is their cognitive approach to policy. In Expert Political Judgment (2005), social psychologist Philip E. Tetlock classified political experts in academia and government along a continuum extending from “foxes” to “hedgehogs.” The framework derives from the Greek adage that “the fox knows many things, but the hedgehog knows one big thing.”

People with the cognitive style of the hedgehog, according to Tetlock’s framework, “know one big thing”

Foxes, he found, produce far better political forecasts than hedgehogs because foxes have a more balanced style of thinking about the world. They are more tolerant of nuance, skeptical of claims that deep laws govern history, and they tend not to reject unpalatable truths to maintain “moral purity.” By contrast, hedgehogs believe in big ideas and governing principles, and tend to stick to the same approach in all circumstances.

In recent years, both Swedish establishment parties have argued for greater freedom of choice for pupils and a liberal immigration policy with total self-confidence and seemingly little awareness of the possible consequences of such policies for the quality of education and social cohesion. Politicians and policy-makers have been hedgehogs rather than foxes. They have placed value on a restricted set of moral foundations in their moral matrices rather than taking them all into account, balancing them against each other.

But while the establishment left and right are governed by a more limited “hedgehog morality,” fox-like voters have long lacked political representation.

Photo by Zhan Zhang on Unsplash

The pervasiveness of hedgehog morality most likely explains the ascendancy of the new political parties and movements in Europe. If foxes perceive that the traditional left and right parties do not represent their morally-underpinned views, then it is understandable and legitimate that they seek out parties that appear to be immersed in a more conservative moral matrix. For many years, the Sweden Democrats were the only party in Sweden’s national politics that challenged the liberal moral consensus not only on immigration, but also on other issues relevant to a fox-like moral worldview. In Germany, the AfD likewise was the only voice for restricting immigration. In Britain, Brexiteers were pitted against hedgehog-like Remainers. Where else would foxes go?

Or consider France. As the journalist Mark Lilla has reported in the New York Review of Books, establishment conservative parties such as the Republicans “have made their peace with the neoliberal European order,” while the left “celebrates immigration, multiculturalism, and fluid gender roles.” In other words, hedgehog morality rules as if it were the only game in town—thereby creating space for movements like that of Marion Maréchal-Le Pen, appealing to more than just three moral foundations. “They predictably reject the European Union, same-sex marriage, and mass immigration,” writes Lilla. “But they also reject unregulated global financial markets, neoliberal austerity, genetic modification, consumerism, and AGFAM (Apple-Google-Facebook-Amazon-Microsoft).”

It is not a resurgence of “authoritarianism” that explains the current backlash against liberalism, as Kagan and others would have us believe. Rather, it is weariness with hedgehog morality and its exclusive concern with individual rights and liberties. Annegret Kramp-Karrenbauer, the new president of the German Christian Democrats, was on to something vitally important when she recently responded to Macron’s op-ed calling for European “renewal.” “Neither the ‘Brussels elite,’ nor the ‘Western elite,’ nor the supposedly ‘pro-European’ elite,” she argued, “should remain in their silos. We will only gain democratic legitimacy for our new Europe if we involve everyone.” Those are the words of a perceptive fox.

Johan Wennström, PhD (Political Science), works at the Research Institute of Industrial Economics (IFN) in Stockholm, Sweden. Follow him at @johanwennstrom. This essay has been adapted from his doctoral dissertation Interpreting Policy Convergence Between the Left and the Right: Essays on Education and Immigration.