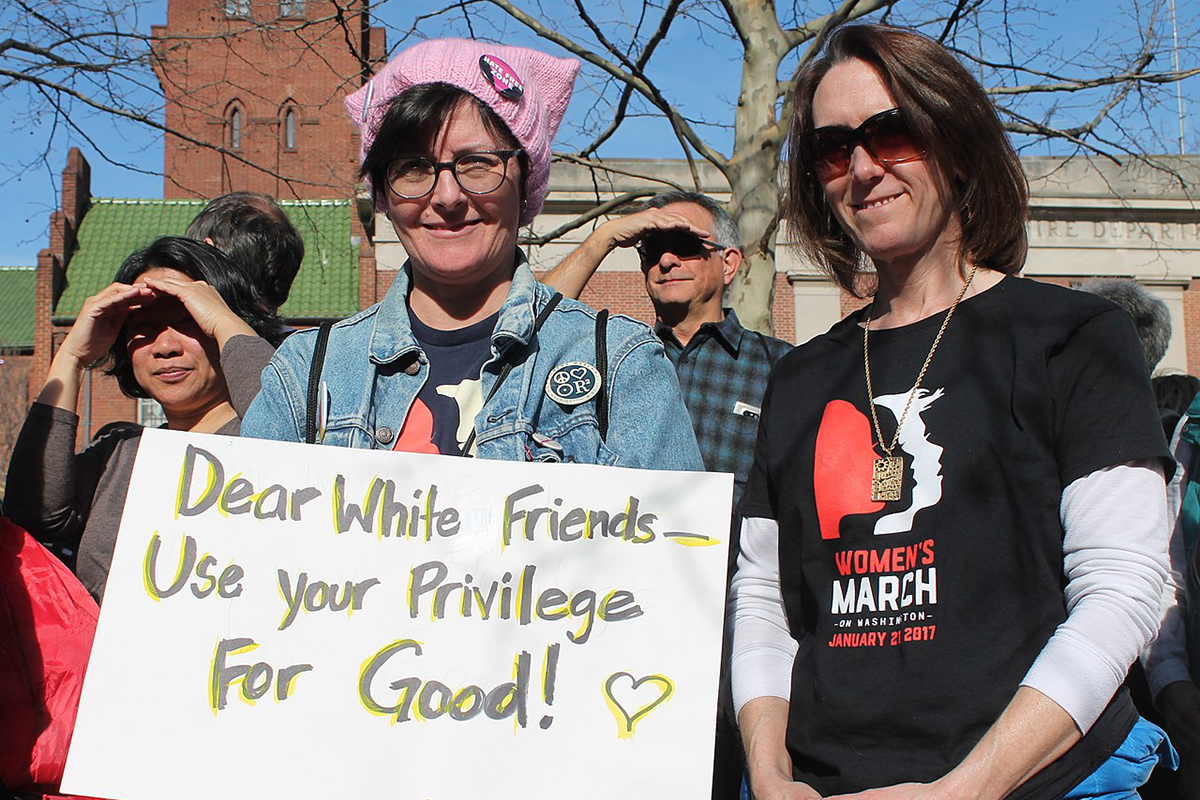 On Tuesday, January 15, radio host David Webb interviewed civil rights attorney and CNN analyst Areva Martin on his Sirius XM show. Towards the end of their exchange, Martin accused Webb of having white privilege. Confused, Webb asked Martin to explain how he had come to have this privilege. “By virtue of being a white male,” Martin informed him irritably, “you have white privilege.” To which Webb replied, “I hate to break it to you, but I’m black.”

Much of the reaction to this incident has come from conservative outlets gleefully mocking the double jackpot of a prominent liberal embarrassing herself while attempting to espouse a political ideology they find absurd. I agree that it was funny, and I’m actually disappointed Webb didn’t allow Martin to dig herself an even deeper hole before revealing his hand. But the interview also reveals an obnoxious moral outlook that seems to be alarmingly widely held; not because it is even truly believed, but because it is fashionable.

The broader topic of discussion related to whether or not candidates for jobs in journalism should primarily—but not exclusively—be judged on their knowledge of the area they would be responsible for covering. Webb said he believed this has been the case for him, that he had always done the work needed to become qualified, and that this, and not his race, had determined his success. Martin, on the other hand, is of the view that only a white person could think such a thing. Or, more accurately, she takes it for granted that anybody who believes that hard work is the key to success in America cannot possibly be black.

When challenged to defend her accusation (but before she was informed by Webb that he is black), Martin retorted that “this is a whole long conversation I don’t have time to get into.” But if she were confident in her position, she would be able to explain it in plain English. Instead, she assumed that by simply invoking this concept, the discussion would be resolved in her favour. Because she was using the term as an ideological cudgel and not an argument, she didn’t want to explain at all, and was noticeably annoyed when asked to do so. “By virtue of being a white male, you have white privilege” has the appearance of an explanation, but she was really just rephrasing her previous assertion using more words.

Webb unwisely offered Martin an excuse for her mortifying error when he advised, “You should have been better prepped.” She gratefully seized it and, after a terse apology, immediately shifted responsibility for her blunder by adding that, “My people gave me wrong information.” It is possible that “her people” neglected to inform her of Webb’s race (does she require this information before every radio interview?), but it is almost certainly untrue that they misinformed her. Still, this lie allowed her to avoid an admission that she’d assumed Webb’s race simply because he was advocating hard work and personal responsibility. Martin is certainly smart enough to know how idiotic and bigoted that would have sounded.

Thankfully, there is no shortage of black writers and thinkers committed to dismantling this kind of cryptic, politically motivated racism. I was reminded in particular of a passage in John McWhorter’s book, Losing the Race, in which he wrote: “We must neither behave as children by resisting honesty, nor allow ourselves to be treated as children by having honesty withheld.” It ought to be concerning that opinions like these, which defend the idea of treating black people equally and as adults, are nowadays considered heretical by many on the American Left.

Unlike many conservatives and centrists, I am not reflexively unsympathetic to the idea of “white privilege.” In her foundational essay, Unpacking the Invisible Knapsack, Peggy McIntosh listed 50 advantages which, she argued, her African American co-workers, friends, and acquaintances do not share with American whites. While some of these are more persuasive than others, I believe they merit thoughtful consideration and reflection, and do not deserve to be dismissed out of hand. I would certainly not presume to tell black people as a group nor any black individual that I understand their experiences a priori.

Nevertheless, I sympathise with anybody who is told, however discreetly, and by those presuming to speak on their behalf, that a belief in hard work and determination is unbecoming of their race. Indeed, I do enjoy the privilege of never having been held to such insultingly low standards on the basis of my skin colour. But this incident offers an example of how the term “white privilege” now has very little to do with how experiences with and within society’s power structures differ by race. The expression continues to rely for its rhetorical effectiveness on this meaning (along with the implication that anyone who disagrees is racist), but, in reality, it has come to be used in an entirely different manner.

Martin is not stupid, nor do I believe that she is a bigot. A more charitable (but hardly flattering) view is that she doesn’t actually believe any of this nonsense at all. In fact, almost nothing she says during this exchange is to be understood as what it literally means in English. It is, rather, politically correct. I don’t mean to use this term in the sense popularised in late-eighties academia. I mean it in the original sense of strict adherence to the Communist party line. In bygone days, Martin might have accused Webb of “bourgeois sentimentality,” and would doubtless have been just as reluctant (and unable) to explain herself were she called upon to do so.

But why would Martin rely on this kind of boilerplate rhetoric during a serious discussion in the first place? Why the refusal to explain jargon and the unwillingness to admit to real motivations? Why not produce some interesting independent thought and analysis instead? Martin is certainly very intelligent and I’m sure she considers herself to be a highly ethical person. She is a published author and she founded her own law firm after attending Harvard Law School and working in corporate law on Wall Street. So it would be safe to assume that she has worked hard to get to where she is today and that she understands the value of perseverance and dedication. But if she wishes to fit in, she must pay obeisance to the prevailing ideology of her peers.

The sad reality is that Martin had no choice but to burble bromides if she wished to remain a member of her progressive intellectual clique. Like Václav Havel’s greengrocer, who put a sign in his window saying “Workers of the World Unite,” not because he believed it but because he wanted to be left alone, so Martin speaks the language of white privilege because that is what is expected of her. “White privilege” might have meant something when McIntosh used it, but for Martin it is simply a way of saying, “I have the approved-of ideas and therefore I win.” It is a moral fashion, and Martin is keen to be seen as exceedingly fashionable.

Unlike Havel’s grocer, the costs of thinking for oneself in America are not torture, imprisonment, and death. Nevertheless, it does take courage to risk the brutal mobbing of dissenters that sweeps social media every once in a while leaving wrecked careers and reputations strewn in its wake. Those who wish to think seriously about racial disparities, or who simply wish to preserve some meaning in the English language so that consequential political discussions might once again become intelligible, might want to step away from the party line.

In The Captive Mind, Czesław Miłosz explored how intellectuals living under communism gradually slipped into self-censorship and stylistic tedium by fearfully adopting politically correct modes of expression. To anybody preparing to brave excommunication in exchange for clear thought, I offer some words of comfort from this classic:

When people are divided into “loyalists” and “criminals” a premium is placed on every type of conformist, coward, and hireling; whereas among the “criminals” one finds a singularly high percentage of people who are direct, sincere, and true to themselves. From the social point of view these persons would constitute the best guarantee that the future development of the social organism would be toward good.

Allen Farrington lives in Edinburgh. He studied math and philosophy at the University of St. Andrews. He also writes at Areo and Medium. You can follow him on Twitter @allenf32.