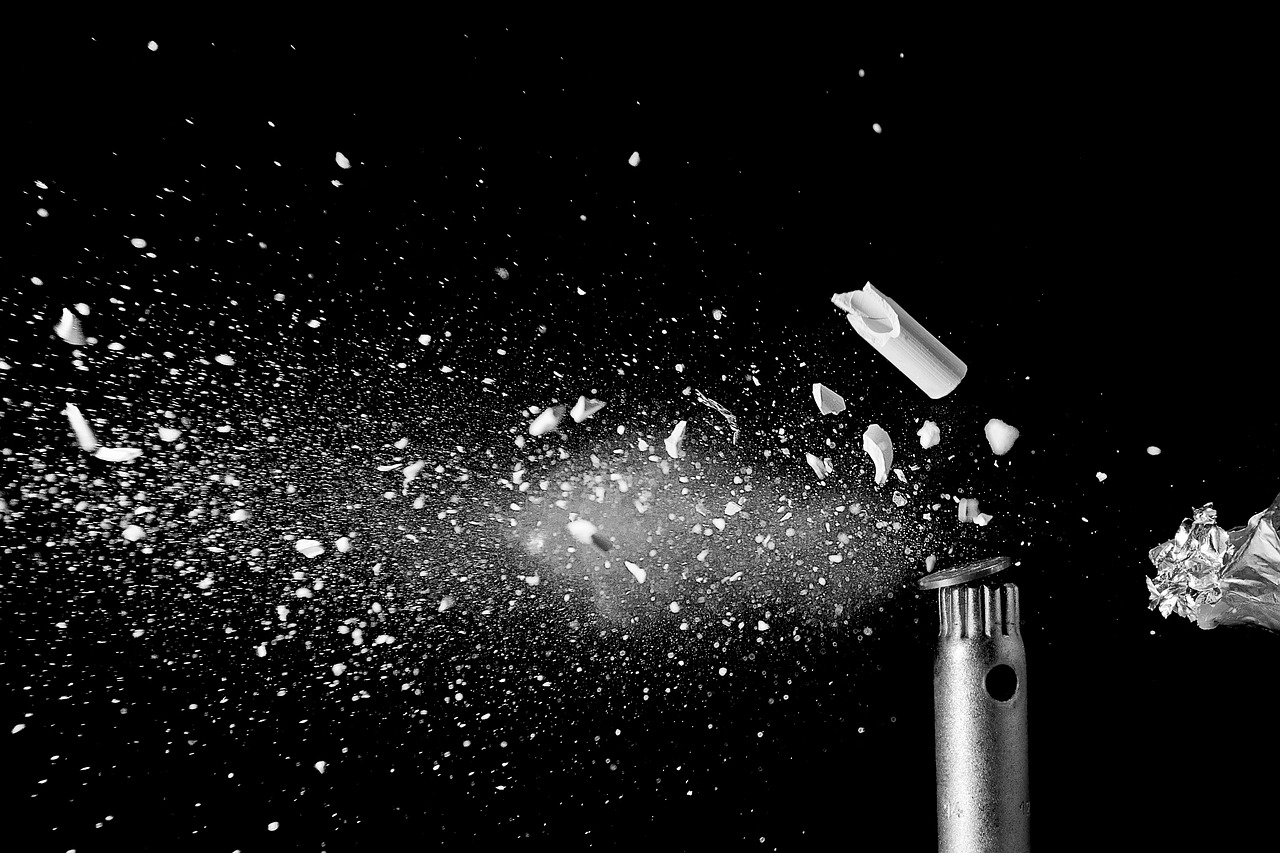 Last October, Quillette published an article by Hal Conick, crisply abridging Robert Sapolsky’s biologically based argument for criminal justice reform. Sapolsky, a neurobiology professor at Stanford University, has spent his career researching a range of topics including neuronal degeneration, infraspecific dominance hierarchies, stress, and violence, especially in relation to the behaviour of primates.  Over the years, Sapolsky has found that much of the antisocial behaviour we see and criminalize in human beings manifests similarly, biologically speaking, in our hominid relatives. Coupled with his extensive training in neuroscience, Sapolsky has used the findings of this simian research to argue for shifts in criminal justice policy—from the current system, which relies on an esoteric conception of ‘free will’ that can be needlessly retributive, to a system emphasizing public safety. In his 2017 book Behave: The Biology of Humans at Our Best and Worst, Sapolsky argues that “you can’t begin to understand things like aggression, competition, cooperation, and empathy without biology,” a caveat he quite rightly issues, “for the benefit of a certain breed of social scientist who finds biology to be irrelevant and a bit ideologically suspect when thinking about human social behavior.”

Despite receiving overwhelming support in the neuroscientific community, the ethological approach proposed by Sapolsky has failed to permeate throughout the softer side of academia. This paucity of biosocial discourse in the discipline of criminology stems not from a lack of consensus among the Sapolskys of the world; any neuroscientist worth their salt would agree that human behaviour can ultimately be reduced (if one is so inclined) to neurophysiological processes. In order to understand why such research fails to infuse the relevant social scientific fields—chiefly, penology and criminology—it is necessary to consider the lowly history of biosocial thought. Centuries of pseudoscientific drivel has resulted in a ubiquitous attitude of skepticism within social science departments; criminology is no exception to this phenomenon. Rather, it is arguably in this field that such theories are championed most precariously.

In most first year criminology courses, students receive a lecture on Cesare Lombroso, the founding father of the Italian school, colloquially dubbed “the laughing stock of criminology.” Generally, these lectures paint Lombroso as a charlatan who advanced a racist sociopolitical agenda under the thinly veiled guise of legitimate science. To an extent, these descriptions are warranted. Lombroso advocated many practices that are now recognized as utter quackery.

Phrenology (the study of skull shape) and physiognomy (the study of facial features) were both integral to Lombroso’s understanding of criminal behaviour. In his 1876 book L’uomo delinquente (The Criminal Man), Lombroso introduced a revolutionary idea: some people are simply born criminals, displaying certain physical traits that reflect a reversion to our primitive ancestors. These primitive, savage types—atavistic men, as Lombroso referred to them—were characterized by their jaws, the lines of their palms, and, among other attributes, a marked protrusion of the lower face. These were some of the physical qualities that Lombroso used to argue for the political marginalization of certain ethnic groups and the biologically engrained racial superiority of caucasians. For many students, and even for many professors, this unnerving freshman introduction to Lombroso constitutes their sole exposure to biosocial theories of crime. It is, therefore, unsurprising that the prefix ‘bio’ has come to breed such cynicism and derision within the field.

There is, however, an important glint of truth to be extracted from Lombroso’s work. Despite his pronounced methodological faults and glaring motivational impurity, Lombroso was one of the first people to conceptualize criminality (perhaps better thought of here as antisocial behaviour) in biological terms. Of the criminal man, he wrote: “As the seat of all the greatest disturbances, this part [the head] naturally manifests the greatest number of anomalies, which extend from the external conformation of the brain-case to the composition of its contents.” Yes, Lombroso had his obvious flaws, but the prescience of his work cannot be denied. The effect of Lombrosian thought on future developments in the discipline is best described as countervailing, which is to say, the magnitude of his errors was somewhat offset by his push towards empiricism. On one hand, he ushered in a way of thinking about crime that can now be understood in scientific terms. On the other hand, the grotesque product of his ‘research’ made it nearly impossible for scrupulous minds to engage with biosocial theory. Because of this paradoxical legacy, the biosocial sub-discipline has become one of the most promising areas in criminology, while at the same time being the most routinely proscribed and abhorred.

There is a special twist for biosocial criminologists, though. We are forced to work with the shadow of eugenics hovering above us like a pestering poltergeist. Our colleagues insist that we acknowledge all of the evils that our work could spawn. We are asked to anticipate all the musings of some yet to be identified ‘anti-Christ’ and properly ward off that impending malevolence by prostrating ourselves in atonement for the sins of twisted “scientists” with whom we have no affiliation.

Professor Boutwell’s research has predominantly focused on understanding crime in genetic and evolutionary terms. He has published on a range of topics, investigating the hereditary and environmental underpinnings of deviant behaviour, for which he is celebrated as a leading thinker in the field of biosocial criminology.

Another academic who has made bold efforts to affix biosocial criminology within the social scientific orthodoxy is Adrian Raine, the Richard Perry Professor of Criminology & Psychiatry at the University of Pennsylvania. Originally educated as an experimental psychologist, Professor Raine has developed a reputation as the patron saint of neurocriminology, a pioneering brand of biosocial theory that focuses on understanding antisocial behaviour through the use of neuroimaging technology. One particularly interesting finding of Raine and his colleagues is that there are pronounced anatomical similarities among certain stripes of violent offender. Specifically, their research has used structural magnetic resonance imaging to show that individuals with psychopathy display bilateral volume reductions of over 17 percent in the amygdalae—regions of the brain that modulate emotion and impulsivity.1

But not all progress in this branch relies on expensive technology or prohibitively specialized scientific knowledge. Perhaps the most attractive quality of the neurocriminological approach is the simplicity with which many of its proposed solutions can be implemented. Another one of Raine’s studies found that merely providing young people with developmentally enhancing omega-3 supplements is associated with a significant decrease in antisocial behaviour later on in life.2 In a related study of prison inmates, a test group given omega-3 supplements was found to commit 26.3 percent fewer offences than a nutritionally deprived control group.3 Not only are these dietary solutions medically harmless, they come at almost no cost to the taxpayer, something that can be said of few other large-scale social interventions.

Upon reflection of such impressive results, purely sociological theories of crime and antisocial behaviour become difficult to defend. The question must be asked: when will the mainstream give science another hearing?

The great peculiarity in all of this is obviated by the rarity with which other disciplines are crippled by the missteps of centuries past, the infrequency with which they are haunted by closeted skeletons. Indeed, nearly all scientific disciplines have been preceded by a long, lamentable development—histories that would widely be considered depraved and pseudoscientific in retrospect. Nevertheless, it is unusual for an entire discipline to be perpetually shackled by the chains of a failed supposition. Consider, by analogy, how foolish it would seem if we allowed medieval practices like bloodletting to constrain the scope of modern epidemiology. Surely, no serious physician has been influenced by the tenets of humoralism in recent history. What would be the state of modern neurosurgery if the shortcomings of António Moniz and his sensationalized lobotomy had prevented us from developing modern stereotaxic techniques? Similar comparisons could be drawn for nearly all empirical areas of study.

Obviously, the work of Lombroso was deeply flawed—and undeniably motivated by racial animus—but this does not mean that his model should be categorically dismissed. There is, as it turns out, a baby in that outdated and unfortunate bathwater. Lombroso inaugurated a discourse of biological positivism in an age when little significance was attributed to the relationship between biology and human behaviour. For this, he deserves some amount of intellectual praise, if only out of our begrudging ambivalence.

We now know that nearly all measurable human traits (yes, even those of which are behavioural and temperamental) have some genetic component. The work of people like Professors Boutwell and Raine is helping to expound how these traits manifest in human behaviour and how they might one day be relieved through benign, therapeutic intervention. In the coming years, our understanding of human neurophysiology will only become more precise, resulting in a clearer understanding of the causal chain that precipitates human action. It would be highly imprudent to allow the Lombrosian legacy, shameful as it may be, to forestall what are perfectly reasonable scientific inquiries.

As the indefatigable Sam Harris has insisted on so many occasions (most recently, in a cringeworthy conversation with Ezra Klein), there is serious danger in ostracizing scientists who investigate uncomfortable topics:

What I am noticing here, and what I’ve called a moral panic, is that there are people who think that if we don’t make certain ideas, certain facts, taboo to discuss, if we don’t impose a massive reputational cost in discussing these things, then terrible things will happen at the level of social policy. That the only way to protect to our politics—again, this is a loaded term, but this is what is happening from my view scientifically—is to be intellectually dishonest.

Alas, it is this very intellectual dishonesty, this reputational cost, that has had such an inhibitory, obscuring effect on the development of biosocial criminology.

Samuel Forster is an undergraduate researcher who will receive a Bachelor of Arts in Criminology from the University of Alberta in May 2018. His interests include biosocial theory, neurocriminology and free will as a sociolegal construct. He will attend the University of Toronto to pursue graduate studies in criminology this fall. You can follow him on Twitter @ForsterSam