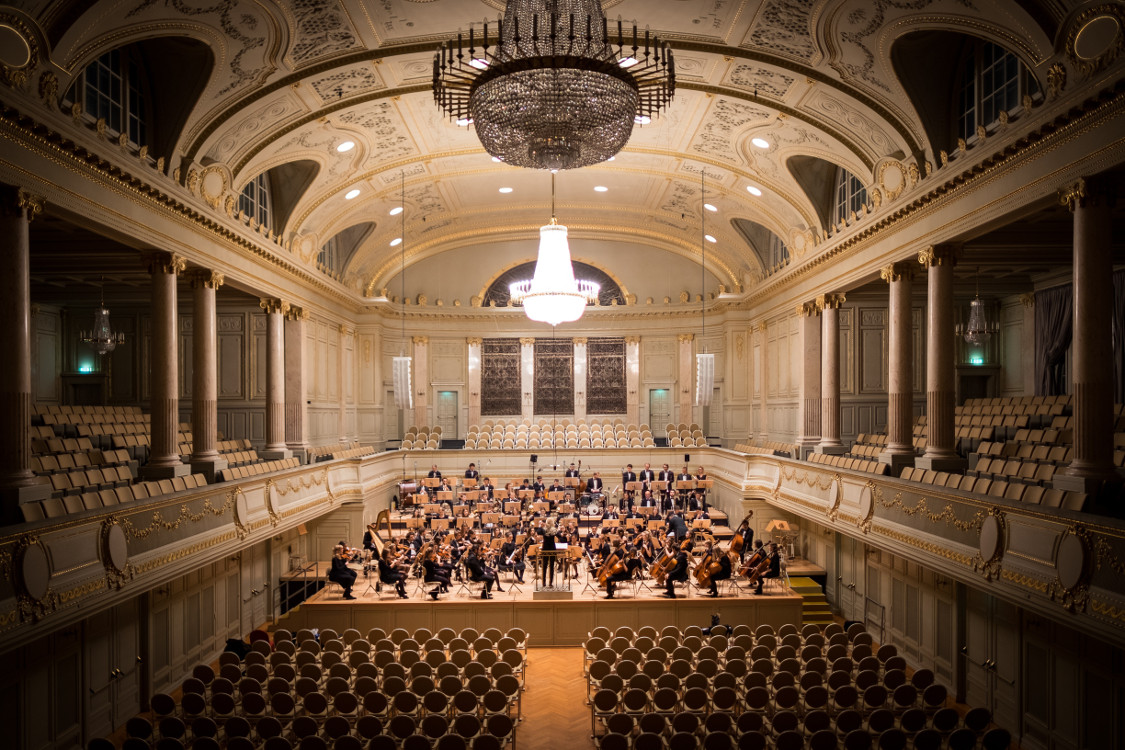 Orchestras have had a rough time lately. Rising deficits, inadequate facilities, internal financial squabbles, and an overall lack of interest from the general public have provided more than their share of hurdles for these venerable institutions. Now, in addition to these looming obstacles, orchestras are being faced with a whole new challenge: the call to diversify their programs with more music written by women and minority composers.

To get ahead of this cultural trend, several institutions have started initiatives to synthetically bolster the number of performed works by composers in these aforementioned groups.

In February, the BBC Proms announced plans for fully half of all new commissions to be granted to women composers by 2022. Earlier in March, the website ICareIfYouListen responded to a tweet accusing them of unconscious bias by reaffirming their commitment to “equitable programming” with a primary interest in “promoting the work of historically underrepresented and marginalized artists.”

Hey @icareifulisten! How come, out of the 29 videos you've premiered on your site, 24 of them are by white men? You have more video premieres by @NickZoulek than you do by POC. Sometimes it's tough to admit that you're part of the problem, but I believe we all can change! pic.twitter.com/mNiLSj9mw9

The website also detailed its apparently already existing policy of “turning down 100% of concert reviews and album reviews that feature works by all white men, with the only exceptions being portrait albums or evening-length works by a single composer.”

In theory, these sound like good-natured progressive policies. After all, who doesn’t like diversity? Like all quotas, however, these seemingly fair percentages begin to break down the moment you put them to the test.

For starters, the majority of students pursuing a degree in Music Theory and Composition are overwhelmingly male—a whopping 77% in the United States as of 2015 with comparable estimates observed in the United Kingdom. If the Proms is indeed committed to its 50% mark, that will likely mean the deliberate exclusion of more talented or, at the very least, more highly educated men trying to break into an extremely competitive field.

ICareIfYouListen’s policy of refusing coverage of all-white male concert programs also sounds good on its face, until you account for the fact that just four composers—Beethoven, Brahms, Mozart, and Tchaikovsky—make up a nearly a quarter of all music performed by major American orchestras. Thus, if some young white male composer is unlucky enough to have his work premiered alongside one of those masters—a decision often entirely out of his hands—then he can expect complete silence from a website ostensibly dedicated to the advocacy of contemporary classical music. His offense? The original sin of being born a white man.

The problem with so many of these initiatives is that they fail to properly take into account, or at least thoroughly consider, how much revenue is generated from a handful of composers. Johann Sebastian Bach, Claude Debussy, Sergei Prokofiev, Sergei Rachmaninoff, Maurice Ravel, Dmitri Shostakovich, Jean Sibelius, and Richard Strauss are frequently next in line for number of performances in a single season. Why so many performances of works from just a few long-dead composers? The answer so simple as to be tedious: they sell tickets.

Conversely, the music of living composers have tended to make up less than 15% of all programmed works in the past few years. Among those most performed are typically seasoned artists with a well-established body of work—composers like John C. Adams, Thomas Adès, Jennifer Higdon, Christopher Rouse, Esa-Pekka Salonen, and the octogenarians John Corigliano, Philip Glass, Arvo Pärt, and John Williams. What are we to do with so many white men on that list? I would hate to think that a media blackout or moratorium on future commissions are how we would thank them for a lifetime of beautiful music.

These are, of course, only a few of the more radical proposed solutions various individuals and institutions are implementing in the effort to make classical music more diverse. Others have taken to dredging up the works of long-forgotten composers in the hopes of disproving the idea of the white male composer altogether. Some have gone so far as to claim that it was “the patriarchy” that suppressed these works from history in the first place.

This movement has led to a meteoric rise in popularity for historic composers like Amy Beach, Ethel Smyth, and Florence Price, the first black woman ever to have a work performed by a major American orchestra. The amount of press now given to these mostly unsung women has elevated them to near-messianic status of forgotten mastery.

“Aaron Copland wishes he could write like this,” observed one overeager YouTube commenter about the first movement of Florence Price’s Symphony No. 1 in E minor, composed in 1932. Evidently missed is the music’s near-blueprint recreation of moments from the same movement of Antonín Dvořák’s Symphony No. 9 From the New World, composed nearly forty years prior. By this same time, conversely, Aaron Copland had been experimenting with jazz and other contemporary music techniques that were decades ahead of Price’s comparatively tame Romanticism.

This is not meant as a slight to Price, whose music I regard as quite charming and due for some modern reconsideration, but let’s not jest ourselves. Many of these ostensibly forgotten masterpieces are, in fact, fairly standard entrees to their respective musical eras.

Giovanni Paolo Panini: “Concert Given by Cardinal De La Rochefoucauld at the Argentina Theatre in Rome,” 1747.

Truly, in order to have any serious discussion about diversity in classical music, we must come to terms with this seemingly unpleasant and perhaps even painful fact: throughout most of history, classical music has almost exclusively been the pastime of rich white men. It is a genre birthed out of Medieval Europe that grew up just as basic concepts like heliocentrism and human rights were beginning to take hold. It is a pursuit that for centuries was only available to the most affluent aristocrats—overwhelmingly white—in a predominantly illiterate, wretchedly impoverished male-led society. How can we expect it to be anything other than “white male?”

This is not to say that women or minority composers have not made an important impact along the way—they most certainly have. It takes only a cursory glance at Western music history to discover the wealth of contributions made by female composers like Hildegard von Bingen, Fanny Mendelssohn, Clara Schumann, and the Boulanger sisters, or the inestimable impact of minority composers like Scott Joplin, William Grant Still, and Duke Ellington, who forever changed the course of American music.

We all know their music. It has become deeply embedded in Western culture and no amount of re-writing history to favor “historically oppressed artists” will ever change that fact. Women and minority composers of the past, by and large, were simply unable to flourish against the circumstances of their time.

Fortunately for us, the same Enlightenment principles that made this great music possible have also, slowly but surely, helped to liberate woman and minorities within Western societies from their historically secondary status. As a result, there is now more music being written by composers of diverse backgrounds than ever before—most especially women.

I won’t presume to speak for anyone, but it strikes me as incredibly patronizing to suggest that they now require affirmative action to hear their works performed. These women may have very different backgrounds and entirely unique compositional styles, but they do have one thing in common: they all entered into a financially risky and highly competitive field that has traditionally been a man’s game. Do you know the most amazing part? They won.

The world deserves more opportunities to hear the music of these composers. I would personally relish the chance to hear more music by any of the aforementioned names in our concert halls. The same goes for works by minority composers like Kaikhosru Shapurji Sorabji, James Reese Europe, William Grant Still, Tōru Takemitsu, T.J. Anderson, and Wynton Marsalis.

This needn’t come at the expense of other aspiring young artists or forgotten composers from the past who just happened to be white men. When was the last time, if ever, that you heard a piece of concert music by William Henry Fry, Henry Kimball Hadley, Nikolai Myaskovsky, Roy Harris, William Schuman, Mieczysław Weinberg, Ralph Shapey, or Malcolm Arnold? It is truly one of the saddest ironies of our time that those most vocal about diversity cannot see the merits of such individuals beyond their Y chromosomes or the melanin in their skin.

None of these men or women chose their sex, just as none of them chose their skin color, ethnic background, or sexual orientation. They all do have one common quality, however: each and every one of them, regardless of race, class, or gender, and in spite of what most would call better judgment, chose to devote their lives to the pursuit of that universal beauty we call classical music. That is something worth celebrating, I think.

In our rush to cultural sensitivity, we seem to be losing sight of that.

Brad S. Ross is a writer and composer based in Brooklyn, New York. He writes about music, film, and other topics for the culture blog ArtsComment, which he co-founded with Benjamin Huggins in 2017.

This article was originally published at ArtsComment.